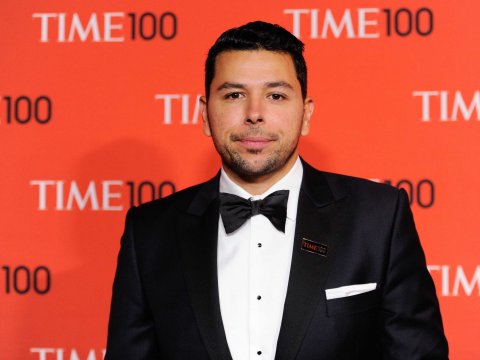 Media attention in Gaza this week focused on a sudden Israeli artillery strike that killed four children as they played on the beach, in front of numerous journalists. One of those reporters, NBC’s Ayman Mohyeldin, documented the aftermath in stark detail. On Thursday, NBC pulled him out of Gaza.

Mohyeldin’s quick hook and replacement has raised questions about NBC’s motivations, according to an inside report by Glenn Greenwald at The Intercept:

[Mohyeldin] has been told by NBC executives to leave Gaza immediately. According to an NBC source upset at his treatment, the executives claimed the decision was motivated by “security concerns” as Israel prepares a ground invasion, a claim repeated to me by an NBC executive. But late Wednesday, NBC sent another correspondent, Richard Engel, along with an American producer who has never been to Gaza and speaks no Arabic, into Gaza to cover the ongoing Israeli assault (both Mohyeldin and Engel speak Arabic).

The Intercept’s account is light on speculation about why Mohyeldin was replaced, though Greenwald does say that “neocon and ‘pro-Israel’ websites have repeatedly attacked [Mohyeldin] as a ‘Hamas spokesman’ and spouting ‘pro-Hamas rants.‘”

It’s possible that the intensification of violence has raised Gaza’s profile and NBC wanted Engel, its version of a Scud Stud (who, like Mohyeldin speaks fluent Arabic), to be the face of the network’s coverage for whatever reason.

It’s also possible that executives did have sincere concerns for Mohyeldin’s safety, particularly after Wednesday’s events. On MSNBC with Chris Hayes Wednesday, he recalled playing soccer and joking with the boys just moments before they were killed by the two targeted explosions on the beach:

We stopped, I just joked around with them a little bit. We kicked a ball around for maybe just a few minutes and then walked on…

Minutes later, the children were dead in a cloud of smoke.