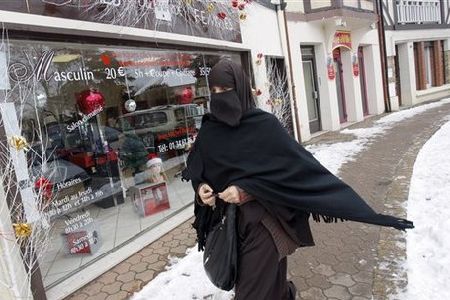 A burka ban will be brought in by the government of Spain’s Catalonia region in the wake of a European Court of Human Rights ruling that banning veils does not breach human rights laws.

Ramon Espadaler, Interior Minister for Catalonia, said that the ban, first proposed in 2013, was in no way an European Court of Human Rights  as the wearing of helmets and masks in public will also be forbidden.

Espadaler announced that the Catalan government aimed to get the ban approved after the summer 2014 recess, The Local reported.

The European Court of Human Rights based its ruling on a test case from France.

It was brought by a French woman in her mid-20s who is a devout Muslim no longer allowed to wear in public the burka, which covers the whole body, or the full-face niqab veil, because a new French law prohibits concealment of the face in public places.

She complained that the new law, which came into force in April 2011, infringed the European Convention on Human Rights because it amounted to discrimination on grounds of sex, religion and ethnic origin.

But the European Court ruled that promoting respect for the conditions in which people ‘live together’ in public places was a legitimate aim justifying the ban and did not breach the convention.

Following the ruling, Austria, Norway and Denmark may also ban the burka.

Members of Austria’s Freedom Party said that there was no compulsion in Islam to wear a full-face veil, and so any ban would not constitute an attack on religious freedoms.

Freedom Party spokeswoman Carmen Gartelgruber told The Local that in the ‘wide, conservative circles of Islamic immigration society’, the opinion prevails that women are second-class citizens.

One of the many instruments for oppressing women is the burka, she added.

In Denmark a ban was last discussed between 2009 and 2010 but was quickly shot down in the belief that the European Court would rule against it.

But now Martin Henriksen, a member of the anti-immigration People’s Party, says the legal framework for a ban has been laid down.

He told Politiken: ‘[A ban] would send the signal that we do not accept parallel societies and isolation. We see [the burka] as a rejection of Danish society.

‘It is a sign that one wishes to distance themselves from the rest of society.’

Meanwhile the Labour and Progress parties in Norway welcomed the ban, and suggested they may also raise the issue again.

Former Labour Party leader Thorbjørn Jagland said the judgement was positive, and recognised that hiding behind a veil meant other members of your community struggled to relate to you.

Tory MP Philip Hollobone, meanwhile, urged the Government to press on with banning the veil in Britain.

He said: ‘Finally, at long last, we have had a sensible decision from the European Court of Human Rights about something.

‘We will never have a fully functioning, fully integrated multi-cultural society if growing numbers of our citizens go around with their faces covered.’