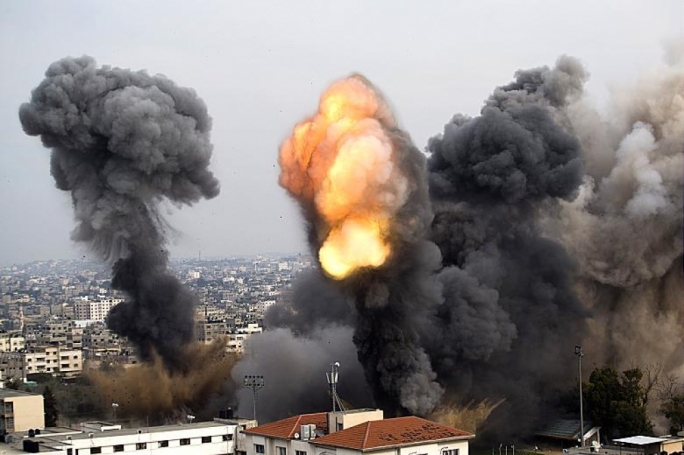 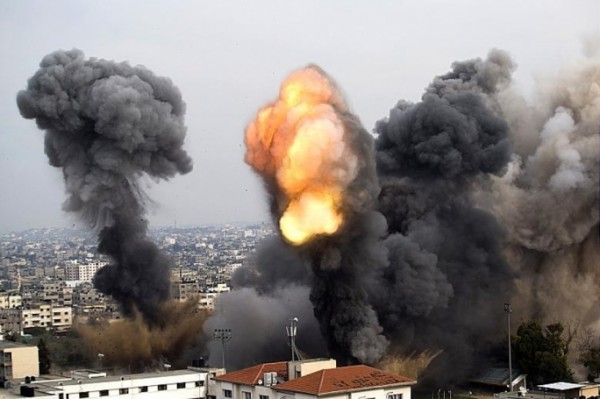 Western media ingrains warped terminology that bolsters the effort to portray Israel as a victim. Here are a few examples.

“Gaza is an independent state.”

It is not. It and the West Bank are a single territorial unit composed of two parts. According to the international community’s decisions, a state shall be established in these two parts, which are still under Israeli occupation, as are the Palestinians who live there.

Gaza and the West Bank have the same international area code — 970. (The separate code is an empty gesture left over from the Oslo period. The Palestinian phone system is a branch of the Israeli one. When the Shin Bet security service calls a house in Gaza to announce that the air force is going to bomb that house, the Shin Bet doesn’t have to dial 970).

With his colonialist guile and skills he acquired from Mapai, the precursor to Labor, Ariel Sharon removed the settlers from the Gaza Strip. Via another form of domination, he tried to cut the enclave off for good from the West Bank. The effective control of the sea, air, borders and much of Gaza remains in Israel’s hands.

And yes, Hamas and Fatah, motivated by their factional struggle, have significantly contributed to the disconnect between the two parts. With its propaganda, Hamas has bolstered the illusion of Gaza’s “independence.”

Meanwhile, Israel still controls the population registry for Gaza and the West Bank. Every Palestinian newborn in Gaza or the West Bank must be registered with the Israeli Interior Ministry (via the Coordination and Liaison Administration) to be able to obtain an ID card at age 16.

The information typed into the cards is also in Hebrew. Have you ever heard of an independent state whose people must register in the “neighboring” (occupying and attacking) state otherwise they won’t have documents and won’t officially exist?

When experts like Giora Eiland, a retired general who helped plan the Gaza disengagement, say Gaza is an independent state that’s attacking us, they’re trying to expunge the context of this round of bloodshed. That’s a pretty easy task. Israelis have already done this.

Both sides (Hamas and Israel) say they are firing in self-defense. We know that war is a continuation of politics by other means. Israel’s policy is clear (if not to consumers of Israeli media): Cut Gaza off even more, thwart any possibility of Palestinian unity and divert attention from the accelerating colonialist drive in the West Bank.

And Hamas? It wants to boost its standing as a resistance movement after the blows it took as a governing movement. Maybe it really thinks it can change the Palestinian leadership’s entire strategy vis-a-vis the Israeli occupation. Maybe it wants the world (and the Arab states) to awaken from its slumber.

Still, with all due respect to Clausewitz, rational calculations are not the only explanation. Let’s not forget the missile envy — whose is bigger, longer, more impressive and reaches farther? The boys play with their toys and we’ve gotten used to calling it policy.

“Israel has shown restraint.”
Where does one begin to calculate restraint? Why not start with the fishermen who have been shot at, wounded and sometimes killed by the Israeli navy, even though the 2012 understandings talked about expanding the fishing zone?

Why not with the farmers and metal scavengers near the separation barrier who have no other income and are shot at and sometimes wounded and killed by soldiers? Or the demolition of Palestinian houses supposedly for administrative reasons in the West Bank and Jerusalem?

Don’t we call this restraint because this is violence that the Israeli media arrogantly overlooks? And why don’t we hear about the Palestinian restraint after Nadim Nawara and Mohammed Abu Dhaher were killed by Israeli soldiers at the Ofer checkpoint? “Restraint” is another term that expunges contexts and bolsters the sense of victimhood of the world’s fourth-mightiest military power.

“Israel supplies water, electricity, food and medicine to Gaza.”
It does not. It sells 120 megawatts of electricity at full price, at most a third of demand. The bill is deducted from the customs fees that Israel collects for goods passing through its ports destined for the occupied territories. Food and medicine that Palestinian traders buy at full price enter Gaza through the crossings under Israel’s control.

According to the Gisha Legal Center for Freedom of Movement, in 2012, 1.3 billion shekels ($379 million) worth of Israeli products were purchased in the Gaza Strip. So Gaza is also a captive market for Israel.

As for water, Israel has imposed an autarchic water economy on Gaza; that is, Gazans must make do with rainwater and groundwater that collects in its territory. Israel, which imposes a water quota on the Palestinians, does not let them share the West Bank’s water sources with Gaza.

As a result, demand outstrips supply and there is over-pumping. Seawater seeps into the groundwater, as does sewage from decrepit pipelines. Ninety-five percent of Gaza’s water is not fit for drinking. And based on past agreements, Israel sells 5 million cubic meters of water to Gaza (a drop in the ocean).

“Israel only pinpoints legitimate targets.”
The houses of junior and senior Hamas members are being bombed — with and without children there — and the army says these are legitimate targets? Is there a Jewish home in Israel that does not shelter a commander who has helped plan or wage an offensive? Or a soldier who hasn’t shot at or will shoot at a Palestinian?

“Hamas uses the population as human shields.”
If I’m not mistaken, the Defense Ministry is in the heart of Tel Aviv, as is the army’s main “war room.” And what about the military training base at Glilot, near the big mall? And the Shin Bet headquarters in Jerusalem, on the edge of a residential neighborhood?

And how far is our “sewing factory” in Dimona from residential areas? Why is it all right for us and not for them? Just because they don’t have the phallic ability to bomb these places?