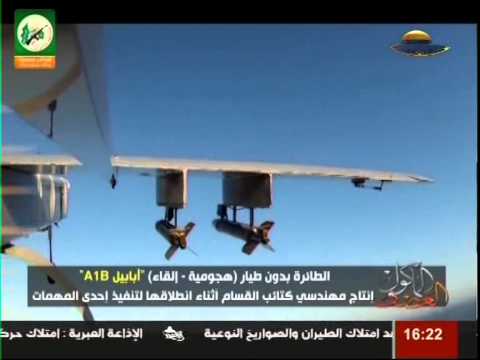 There are still more questions than answers regarding a drone Israel claims to have shot down.

According to the Israeli Defence Forces Twitter account, “An aerial drone from Gaza infiltrated Israel a short time ago. IDF forces shot it down with a Patriot missile above Ashdod.”

An Israeli army spokesman told the New York Times that the drone had been “shot to smithereens” and that naval forces were looking for remnants along the coast.

While it is unclear if the drone was armed or merely for surveillance, it is believed to be the first case of a drone entering Israeli airspace from Gaza, which sits at Israel’s southern border.

In 2012, Israel destroyed a drone factory in Gaza, and there have been reports of Hezbollah drones entering Israeli airspace from the north in recent years.

After the alleged shootdown, Hamas’ Al Qassam Brigades took to Twitter to tout its drone capabilities, posting pictures and a video of what it said were its drones in flight. The authenticity of the postings could not be verified.

The group said its drones could carry out three kinds of missions: reconnaissance, bombing or simply crash into something.

Aviation blogger David Cenciotti said in a blog post that the drones in the Hamas pictures appeared to be of an Iranian-made Ababil 1.

“The aircraft depicted in the footage released by Hamas carries four AGMs [Air-to-Ground Missiles] even though it is almost impossible to say whether they are real weapons or just mock ups,” he wrote. “In fact, the group claimed on Twitter that the A1B carried out three missions over Israeli military bases and a specific mission over the Israeli war ministry but the fact the drone didn’t use any of the on board weaponry seems to suggest it does not have a real capability to use it.”

He added that it was “quite surprising” to see a Ababil 1  flying “almost undisturbed” over Gaza.

“It is weird such a small [drone] does carry weapons and surveillance sensors: all things that imply a significant payload and require larger airframes, more robust wings and engineering capabilities not believed to be in Hamas possession until today,” he wrote.