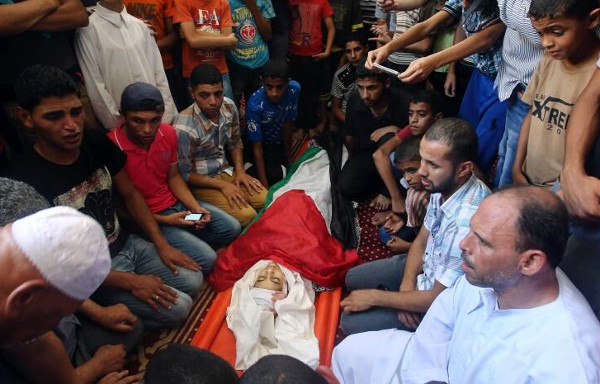 Gaza, (Petra) – The death toll among Palestinians on Monday rose to 172 people while 1,230 were injured as the Israeli air and missile strikes continued for the seventh consecutive day.

According to the spokesman of the Palestinian Health Ministry Ashraf al-Qudra, Israeli strikes on Gaza claimed the lives of a man and a woman early this morning.

Within the same context,another eight people were injured including children after Israeli warplanes struck a house in the coastal enclave.

Also dozens of Palestinians were wounded overnight as warplanes bombarded their homes, military bases and agricultural areas across the strip.

Al-Noor Mosque in Deir al-Balah was also destroyed and a government building was hit by an Israeli airstrike in Gaza City.