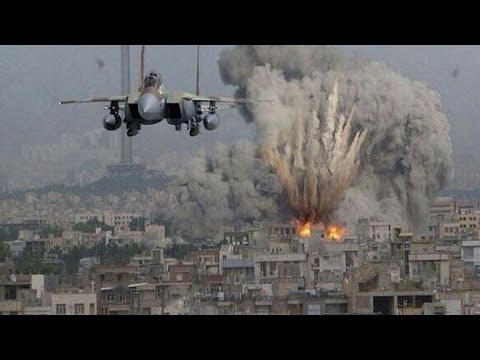 At least 72 people, including many children, have been killed in the Gaza Strip in two days of Israeli air raids, as Israel’s army mobilized on the border for a possible ground invasion.

The Palestinian Ministry of Health said 550 people had been wounded since Israel launched its campaign in Gaza this week, which it said targeted Palestinians firing rockets into its territory.

The Israeli authorities say more than 200 rockets have been fired into Israel from Gaza since Monday, with some reaching as far as Tel Aviv.

At least 550 sites have been hit by Israeli jets, including Gaza City, Beit Hanoun and Khan Younis.

An Israeli air strike killed seven Palestinian civilians on Thursday, including five children, in the largest death toll from a single attack since the start of the three-day offensive, the Palestinian Ministry of Health said.

Bodies were pulled out of rubble from three or four homes including neighbouring structures. Another 16 people were also wounded in the attack, the ministry said.

Al Jazeera’s John Hendren, reporting from Gaza City, said people are concerned that the next step is a ground invasion.

“Israel says it has thousands more targets it is willing to strike, which is hard to believe when you’re in Gaza City. People are worried about more air strikes and a ground war.”

Hospitals inside Gaza on Wednesday said they were overwhelmed with those injured in the Israeli raids. Egypt opened the Rafah crossings to help evacuate and treat the wounded.

Local media in Gaza said that one of the Israeli attacks on Wednesday targeted the house of a commander in the Qassam Brigades, the military wing of Hamas. Casualties figures are unknown.

Another blew up the house of Hafez Hamad, a leader of the military wing of Islamic Jihad. He was killed along with at least four women and children, according to neighbours and hospital officials.

An 80-year-old woman was killed in an attack on Al-Mughraqa village in southern Gaza, according to reports.

UN Secretary-General Ban Ki-moon will brief the Security Council at 1400 GMT on Thursday on the escalating Israeli and Palestinian hostilities, which he described as a “troubling and volatile” situation which was “on a knife edge”.

Rwanda, which is president of the council for July, said there would be a public briefing by Ban and the Israeli and Palestinian UN ambassadors before closed-door consultations.

Khaled Meshaal, the political leader of Hamas, on Wednesday blamed the latest round of violence on the “extreme” Israeli government of Benjamin Netanyahu.

“Netanyahu will take you from disaster to disaster. They will give you nothing but defeat and destruction,” he said. “You kill our people. The world is aware – the war has been forced upon us. We have not forced this war.”

In response to Meshaal’s speech, Naftali Bennett, Israel’s economy minister and the leader of the right-wing Jewish Home party, said: “Meshaal was talking nonsense as usual”.

He said Israel would “haunt Hamas terror group until they stop shooting missiles”.

On Wednesday, three rockets hit the southern city of Be’er Sheva, a salvo hit Tel Aviv during rush hour and one hit Hadera, about 100km from Gaza, the longest-range strike yet.

The Qassam Brigades said it fired M-75s, a locally-made rocket with an 80km range.

Five members of Hamas were also killed in a makeshift naval commando attack on a military base in Zikim, near the southern city of Israel.

Riyad Mansour, the Palestinian ambassador to the UN, said on Wednesday night: “We convey to the Security Council in the strongest terms our opposition to this outrageous aggression.

“We express the outrage of our people and demand the Security Council acts immediately to hold those responsible.”