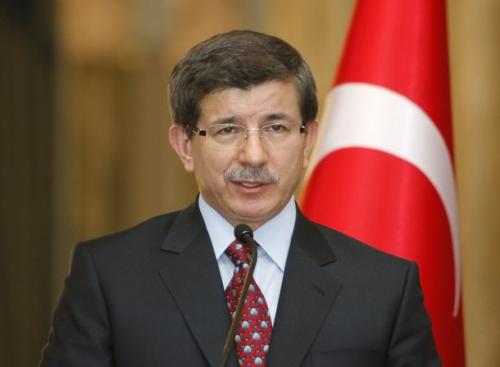 Turkey’s Foreign Minister Ahmet Davutoglu criticised statements made by presidential candidate Ekmeleddin Ihsanoglu who said that he stands on the fence on the Palestinian issue, Assabeel news agency reported.

The foreign minister said: “Neutrality in the issue of Palestine is clear support for the Israeli occupation. We can accept Ihsanoglu’s neutrality in the disputes between Hamas and Fatah, but we cannot remain neutral in the case of Palestine, especially when the statements come from Ihsanoglu, the former president of the Organisation of Islamic Cooperation (OIC), which was established to support Jerusalem.

“When a geographic area with an Islamic and cultural importance to us falls under occupation, we cannot stand on the fence. Of course we are biased with the Palestinian people.”

Stressing Turkey’s support for Palestine during the recent Israeli aggression against the Gaza Strip he said: “Turkey will not remain indifferent towards the Israeli shelling of Gaza.”

Speaking during a television interview with a local channel, Davutoglu stressed: “Turkey has always supported the Palestinian cause and made ​​a great effort to help the Palestinian people retrieve their full rights.”

Davutoglu noted out that he had called his US counterpart John Kerry to discuss the recent Israeli aggression against the Gaza Strip and informed him that he had agreed with the Secretariat General of the Organisation of Islamic Cooperation Iyad Madani to hold an urgent meeting for OIC Executive Committee tomorrow, to discuss current developments in Gaza.

In a conversation with the head of Hamas political bureau, Khaled Meshaal, Davutoglu called on him to preserve unity among all classes of Palestinian people and assured him of Turkey’s continued support for the Palestinian cause.