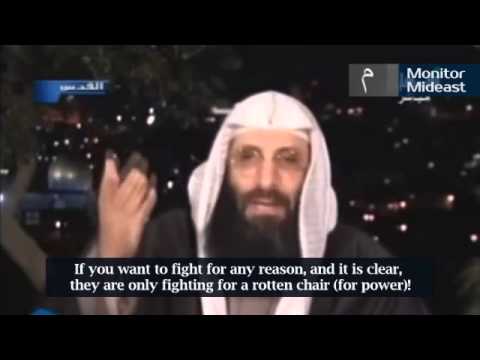 “Whoever wants to create an Islamic state on the expense of Muslim blood has neither a state nor a religion.” Imam Salah al-Din ibn Ibrahim Abu Arafa of al-Aqsa Mosque. One of the Imams of Al-Aqsa Mosque in Jerusalem, Salah al-Din ibn Ibrahim Abu Arafa criticized ISIS clerics and their motives, stating that they are seeking power instead of the establishment of an Islamic state.