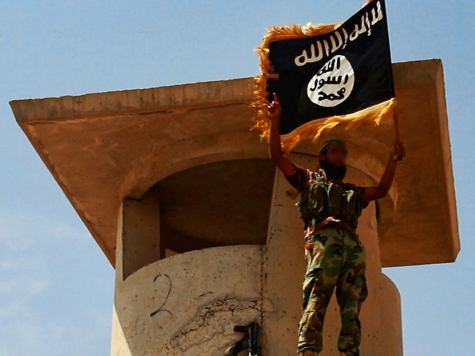 The group too extreme even for al-Qaeda continues to make headlines. But this time, it is not the usual slaughter and terror they bring along wherever they advance. The extremist group which was known as the Islamic State of Iraq and the Levant (ISIL) has declared a name change and the “official” establishment of what they call an Islamic State.

According to the group, a council of authority figures has elected their shadowy leader Abu Bakr al-Baghdadi as the caliph, or official political successor to the Prophet Muhammad. Given the brutality of the Islamic State and their overarching claims of fulfilling an Islamic obligation to establish a unified Islamic rule over Muslims, speculation and hysteria over their recent declaration has been on the rise. This is especially so with their concomitant announcement of a five-year plan for global domination.

Several factors have contributed to the rise of the Islamic State and the swelling of their ranks with young Muslim men lured by religious rhetoric and impressive Hollywood-style propaganda videos. Few in the West recognise the deep disdain that Muslims have for the secretive Sykes-Picot agreement of 1916. Almost 100 years later, the borders drawn up to divide the European colonial shares of the Middle East after World War I continue to be ever-present in the Muslim psyche. It is not uncommon to hear of Muslim preachers citing this agreement when they speak about politics and the lack of political unity among Muslims. This, in addition to the despotic rulers in the region; the Syrian civil war, and the Iraqi government’s sectarian policies that have marginalised Sunnis, have all created fertile ground for the rise of a group such as the Islamic State. It is actually not all that surprising, all things considered.

It is important to recognise that the Islamic State is not drawing their religious rhetoric from a vacuum. In spite of the schisms between different Muslims sects today and throughout history, one issue Muslim scholars past and present have unanimously agreed upon is the necessity for political unity among Muslims. Traditionally, the caliphate is a distinguishing term for political rulership in Islam. It signifies a system of governance that not only manages the civil and economic affairs of a people, but also represents an ethical code the ruler adheres to, which would be based on Islam.

It is well-established in the Islamic tradition that Islam, as a religion, handles not only the private affairs of the individual, but also the political affairs of Muslims at large. Indeed, Islam is quite unique among the world religions in this respect. However, this does not necessarily mean a return to the Middle Ages.

The dynamic nature of Islamic law, and its ability to adapt to new contextual realities is not appreciated enough. From its early development, Muslim scholars have divided the Islamic legal system to deal with two broad categories: acts of worship, and acts of human transactions. It is in the acts of human transactions, which includes political rule, that Islamic legal theory shows its dynamic flexibility.

Unlike al-Qaeda, the Islamic State is especially pernicious in their tactical attempts to establish their religious authority. When it comes to the caliphate, Ibn Khaldun (1332-1406), the Muslim historian and sociologist, said, “the purpose of the caliphate is the unity [of Muslims] and abandoning division.” This is understood to be a communal obligation upon Muslims to uphold – which is highly significant, given the current divided state of Muslim countries. The Islamic State makes use of this in their statement, by announcing their alleged establishment of a caliphate for Muslims that, “It is time for you to end this abhorrent partisanship, dispersion, and division.”

It is interesting to note that in their declaration, the Islamic State interweaves modern concepts of nationalism and the nation state with the tribalism of pre-Islamic Arabs, thus presenting Muslims with the false dichotomy of “you are either a Muslim and with us, or an apostate and against us.” Incidentally, as far as the Islamic State’s ideology is concerned, Shia are not even Muslims and therefore shedding their blood is a given. Any Sunni Muslim who does not pledge allegiance to them is also met with brutal force.

The difficulty in discerning truth from falsehood with the Islamic State’s recent grandiose announcement, is that, despite periods of infighting, the caliphate has represented unity for Muslims under a single leader (even as a figurehead) for 1300 years before the dissolution of the Ottoman Empire and ousting of the last caliph, Abdulmecid Efendi in 1924. For Muslims, it is not a radical idea to dream of a reunified Islam, and as such, a great many are nostalgic for such unity. The Islamic State exploits this nostalgia in their recent declaration, and dedicates a great deal of it to citations from various Muslim scholars and passages in the Quran to give religious legitimacy to their caliphate. But it is all a façade.

A juristic principle in Islamic legal theory states that, “there is no disputation over terminology.” Among its corollaries, this principle acts as a safeguard against attempts of using what are considered Islamic terms to establish the legitimacy of certain actions for the Muslim masses. In other words, it is a means to prevent deception. This is exemplified in the modern use of Islamic finance that in most cases, uses a veneer of Islamic terminology, but in essence, it is no different than usurious lending practices employed by regular banks. Hence, Muslim scholars are typically dismissive of what name an action carries, and focus on the essence of the action in order to establish whether it is religiously valid.

In addition to focusing on the essence of an action, Muslim scholars also examine the means undertaken, and the future consequences that will follow. It is not sufficient for one to declare that the caliphate is a communal obligation for Muslims and use that as a justification for any and all actions in order to carry this obligation out. Moreover, if the plan to implement a caliphate involves the smallest fraction of the murderous activities that the Islamic State proudly displays in their propaganda material, such an attempt cannot be recognised as Islamic.

An indispensable component of Islamic law dealing with politics that is often ignored by groups such as the Islamic State is the context in which it was derived from the Quran and Hadith, the sayings and actions of Prophet Muhammad. Furthermore, they categorically reject any modern form of politics, believing that the only model that would work is the one that was present during the time of Prophet Muhammad.

They reject any notion of the higher objectives of Islamic law, seeking to implement what they understand as the letter of it, even if such implementation leads to negation of its purpose. For the Islamic State, unity, justice, and the protection of life and religion are discarded for the sake of upholding a perverse idea of what they think a caliphate should be. Instead, they enforce uniformity, inequity, and systemised killing of groups. It is fascism clothed in an Islamic garb.

The pronouncement of a caliphate led by the Islamic State is not a fulfilment of an Islamic injunction, nor is it in the methodology of the Prophet Muhammad, as they claim. It is the success of horrifying violence, exercised by an extremist group who seems to be going about its terrorist activities without much organised military opposition. This is highly problematic because it provides the Islamic State with what could possibly be the most alluring recruitment tool for Muslims eager to live under a caliphate, even if it is a mirage of one.