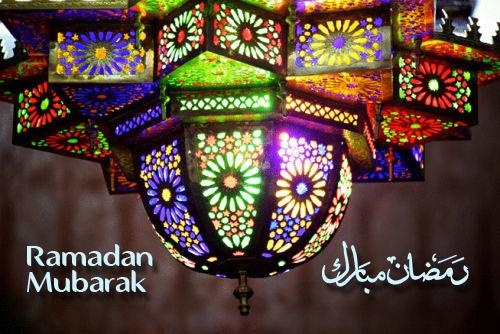 The holy month of Ramadan comes to the Islamic world every year to remind the Muslim faithful on the need to return to Allah by following His teachings in all walks of their lives in order to achieve peace in this world and the Hereafter.

The daytime fasting and nighttime prayers spiritually energize the faithful to lead a new life, benefiting the whole humanity and opening a new chapter of peace and progress.

Ramadan is not a month for shopping festivals as many people wrong believed.

It is a month for fasting, reflection, devotion, generosity and sacrifice observed by Muslims around the world.

Prophet Muhammad, peace be upon him, has cautioned Muslims 14 centuries ago that the Ramadan fasting should have a real impact on their lives. He has advised the faithful: “Let it not be that the day that you fast and the day that you break fast be equal.” Meaning, Ramadan should change one’s behavior, attitude and outlook toward life.

Ramadan is a month-long training program for Muslims to change their lives.
During this month, they engage in prayers seeking the forgiveness of Allah, recite and reflect on the Qur’an during night and day, perform the Taraweeh night prayers, and attend special Islamic classes and meetings.

Many faithful perform itikaf or retreat at mosques during the last ten nights of Ramadan, leaving all worldly pursuits to establish closer relationship with God.

Patience is another important quality one develops during Ramadan through fasting.
Allah has mentioned the word sabr or patience more than seventy times in the Qur’an and commanded patience in more than sixteen ways in the holy book.

When one fasts from dawn to dusk, giving up food and drink and marital sexual relations for several hours, he/she learns restraint and patience.

The Islamic nation needs men and women that are strong willed, who can stand upon the Qur’an and Sunnah and not waver in front of the enemies of God.

Ramadan encourages the faithful to engage in charitable and good activities beneficial to humanity.

The fasting in the holy month develops a strong feeling among the faithful that Allah is watching all their activities.

As a result, they will ask themselves before doing anything, ‘Does God love this action? Is God pleased with this action?’ Thus they gain the quality of watching oneself and staying away from showing off. According to a Hadith of the Prophet, Allah has said: “Fasting is for Me and I reward it.” (Bukhari) God singles out fasting from all other types of worship saying, “Fasting is for Me,” because no one knows whether you are fasting or not, except God. For example, when one is praying or giving charity or making tawaf or circumambulation around the Holy Kaaba, people watch him/her.

During Ramadan, Muslim faithful are trained to keep away from sins. The Prophet has advised them, “Whoever does not abandon falsehood in word and action, then Allah has no need that he should leave his food and drink.” (Bukhari) This Hadith reminds Muslims that they should purify their manners. The Qur’an has stated that the Prophet Muhammad “was sent to perfect good manners.”

Ramadan is a month for Muslims to change their lives for the better, leaving behind un-Islamic and immoral practices, to lead an exemplary life. The Prophet has said, “Every human being sins and the best of the sinners are those who repent.” (Ibn Maajah) God provides many opportunities to repent and seek His forgiveness. Allah says in the Qur’an: ” Say, O My servants who have transgressed against themselves [by sinning], do not despair of the mercy of Allah. Indeed, Allah forgives all sins. Indeed, it is He who is the Forgiving, the Merciful.” (39:53)

Muslims do not fast because of medical benefits, which are of a secondary nature.
Fasting has been used by patients for weight management, to rest the digestive tract and for lowering lipids.

There are many adverse effects of total fasting as well as of crash diets.

Islamic fasting is different from such diet plans because in Ramadan fasting, there is no malnutrition or inadequate calorie intake.

The physiological effect of fasting includes lowering of blood sugar, lowering of cholesterol and lowering of the systolic blood pressure.

In fact, Ramadan fasting would be an ideal recommendation for the treatment of mild to moderate, stable, non-insulin diabetes, obesity, and essential hypertension.

In 1994, the first International Congress on “Health and Ramadan,” held in Casablanca, entered 50 extensive studies on the medical ethics of fasting.

Muslim faithful compete with one another in charitable activities during Ramadan to win Allah’s pleasure and reward. Abdullah bin Abaas said, “The Prophet was the most charitable amongst the people, and he used to be more so in the month of Ramadan when angel Jibreel used to meet him on every night of Ramadan till the end of the month.” (Bukhari) The Prophet said, “He who gives food for a fasting person to break his fast, he will receive the same reward as him, without nothing being reduced from the fasting person’s reward.” (Tirmudi) Inspired by this Hadith, Muslims spend huge amounts of money during the fasting month for distributing iftar meals at mosques and public places. Millions of worshippers get iftar meals at the Grand Mosque in Makkah and Prophet’s Mosque in Madinah as they break their fast jointly without facing any difficulty.

Muslims all over the world fast during the holy month, thus strengthening their unity and solidarity and they need this unity more than anytime before to confront growing challenges.

All the teachings of Islam urge the Muslim faithful to stand together and should not disintegrate. Unfortunately, we see Muslims kill one another in Iraq, Syria, Afghanistan, Pakistan, Bangladesh and other parts of the world, making their enemies happy.
Allah says in the Qur’an: “And hold firmly to the rope of Allah all together and do not become divided. And remember the favor of Allah upon you — when you were enemies and He brought your hearts together and you became, by His favor, brothers. And you were on the edge of a pit of the Fire, and He saved you from it. Thus does Allah make clear to you His verses that you may be guided. And let there be [arising] from you a nation inviting to [all that is] good, enjoining what is right and forbidding what is wrong, and those will be the successful. And do not be like the ones who became divided and differed after the clear proofs had come to them. And those will have a great punishment. (3:103-105)

Fasting in Ramadan teaches Muslims to learn discipline, which is essential for them to make progress. The Prophet has made us adhere to discipline and strictness, strictness that does not lead to fanaticism or going outside the bounds that God has laid down. One cannot knowingly break the fast before the sunset, as it will not be accepted by God. They are also not allowed to delay breaking fast with the aim of getting more rewards. Muslims should learn to be very strict in their lives, because they are people of an important message.

Amongst the nights of Ramadan, there is one special night of Power (Qadr), which is highlighted in Surah Al-Qadr, saying it has the significance of being better than a thousand months. (Qur’an 97:3).

This was the night when Qur’an was revealed to mankind. Prophet Muhammad urged Muslims to seek this night in the odd nights of the last ten nights of Ramadan.

Fasting made compulsory during Ramadan to make the faithful thank God for revealing the Holy Qur’an during this month as a blessing and guidance for the mankind.

Qur’an says: “The month of Ramadan [is that] in which was revealed the Qur’an, a guidance for the people and clear proofs of guidance and criterion. So whoever sights [the new moon of] the month, let him fast it; and whoever is ill or on a journey then an equal number of other days. Allah intends for you ease and does not intend for you hardship and [wants] for you to complete the period and to glorify Allah for that [to] which He has guided you; and perhaps you will be grateful.” (2:185)