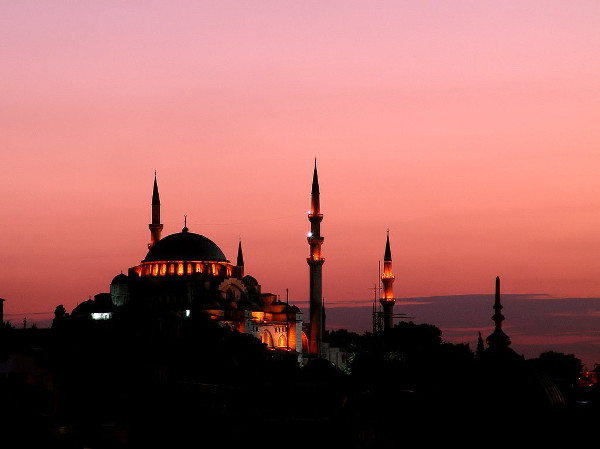 At a time of political turmoil in the Muslim world, Sayyidī al-Ḥabīb `Umar bin Ḥafīẓ (may Allāh preserve him and benefit us by him) expounds on some of the meanings of khilāfah and clarifies the reality of political power. This is an extract from a Rawḥah lesson in Imam Abū Ṭālib al-Makkī’s book, Qūt al-Qulūb with some additions for extra clarity. The lesson took place in Dār al- Muṣṭafā on 21st Ramaḍān 1434 / 30th July 2013.

“Had this material world (dunyā) weighed even the wing of a gnat in Allah’s estimation, He would not have given a disbeliever a glass of water from it to drink.”1

The second type is the khilāfah of prophet-hood, which is a noble and lofty thing. It relates to understanding the speech of Allah, to our connection with Him, to attaining a pure heart and attaining His pleasure. It is the preserve of the Prophets and their followers, the pious people in every time and place. No disbeliever or corrupt person may come close to it, nor someone with arrogance or pride in their heart. It began with two people on the face of the earth: Ādam and Ḥawā’ (Eve) and it continues to this day. If there were only two of us on the earth and we obeyed Allah’s commands in a state of truthfulness and sincerity we would be the khulafā’ of Allah on the earth, without anyone calling us a president or a minister or a leader. This is the khilāfah we should seek. Many Muslims have no desire to attain it, although it is the greatest form of khilāfah.

The inward khilāfah was in the hands of Sayyidunā Mūsā and the outward khilāfah was in the hands of Fir`aun. Mūsā said to his people: seek Allah’s assistance and be patient, for the earth belongs to Allah, and He bequeaths it to whomever He wishes from among His slaves – whether they be believers of disbelievers. However, the end is only for the people of taqwā.2 So be someone who possesses taqwā and do not concern yourself with the outward khilāfah. The tyrants may threaten you and try to kill you, but the people of the inward khilāfah seek Allah’s assistance and rely on Him alone.

Look at the life of the Messenger of Allah ﷺ, the master of the people of khilāfah, and the imām of all people. For forty years before receiving revelation he was not in a position of leadership or power. He was, however, presiding over the inward khilāfah and was known as al-Amīn, ‘the Trustworthy One.’ People trusted him and consulted him in their affairs. After receiving revelation he spent thirteen years in Makkah, during which time power was in the hands of people like Abū Jahl. Outwardly he was under their rule but inwardly he was the greatest khalīfah of Allah on the earth. In al-Madīnah he was confronted by hostility from the Jews, the Hypocrites and the polytheists. It was only after eight years that he finally entered Makkah at the age of sixty-one. He only ruled over Makkah for two years before his death. This did not, however, detract from his khilāfah. He is the greatest khalīfah and every other khalīfah from the time of Ādam to `Īsā will be under his banner.

How can people venerate political power when this is the example of the Master of the Prophets ﷺ? Leave the rulers to their corruption and their oppression. We do not condone their oppression or follow them in committing evil. We advise them if they are ready to accept sincere advice. Meanwhile we are in a position of khilāfah, the pure khilafah mentioned by Allah: Allah has promised to those among you who believe and do good works that He will surely grant them inheritance of power (khilāfah) on the earth as He granted it to those before them; that He will make their religion firm, the religion which He has chosen for them; and He will replace their fear with security. They worship Me and do not associate partners with Me.3 We are allowed to make the call to prayer, to pray, to openly teach these lessons which are broadcast to the East and the West. We do not deserve any of this. It is only through the blessings of Muhammad and his steadfastness. Makkah was only opened to him in the final years of his life, but he opened up the whole world ﷺ. We used to teach and study in a state of fear but Allah promises: He will replace their fear with security.4 The years passed and the regime changed and now we find ourselves in a state of ease and safety.

They offer you political power and status but we have found something pure and lofty so why do they want us to enter into something filthy? When Imam al-Ḥusayn, the son of Shaykh Abū Bakr bin Sālim was offered political power he said: “Had it had been fitting to give authority to animals we would not be content for it to be given to our horses.” This is the perspective of the pious people on political power.

“You will greedily seek positions of leadership and it will be a cause of regret on the Day of Judgement.”5

We fear that anyone who seeks power and then attains it will be left to it (without Allah’s assistance) and then be destroyed. So if you have a position of responsibility have taqwā of Allah and rule by the Sacred Law of Allah and fear Allah in the way you treat people. If you heed this advice we hope you will be saved. If not, you have chosen your own fate. Sayyidunā `Umar would say: “I wish to leave power with the bare minimum – with nothing for me or against me.” He was not proud of his position. He also said: “It is enough that one descendant of al-Khaṭṭāb be asked about his position. Do not make `Abdullāh bin `Umar the Khalīfah after me.” This was his understanding of the outer khilāfah and the responsibility it entails.

The hadith inform us that the inward and outward khilāfah will not be combined until the end of time. Prior to this there will be a period in which people heart’s and states with Allah are rectified which prepares the way for the coming of al-Mahdī. The foundation of his rule will be pure hearts. Without the presence of these hearts he will not be able to achieve anything. Someone once asked Sayyidunā `Alī why problems had arisen during his rule, whereas there had been stability during the time of Sayyidunā Abū Bakr and Sayyidunā `Umar. He replied that it was because Abū Bakr and `Umar ruled over people like me, whereas I am ruling over people like you.”

It is possible for any individual to reach the highest of ranks whatever situation they are in and whatever government they are under. Why miss out on these opportunities? We say we want to rule, we want power. Let your Lord rule. The hadith states: “If you seek it you will be left to it, but if you are sought to rule, you will be assisted in it.”6 Even when the people attempt to put al-Mahdī in power, he will refuse until they force him to do so. Even though he is worthy of assuming power, he does not desire it and does not attempt to gain people’s votes. Rather he is sought out and placed in power and then he receives Allah’s assistance.

Merely speaking about this issue has taken a long time, which tells you how much harm is done by entering into these struggles. So much time is lost and so much blood is spilt. So do not get involved with struggles which lead to harm and bloodshed.

May Allah unite the Muslims and remove these tribulations. May He not allow their enemies to take advantage of them by giving them weapons and then watching them kill each other. May Allah awaken the hearts of this Ummah. Let them not place their trust in anyone in the East or West. Let their trust be in You. If this is the case then everything in the East and the West will be made subservient to them.

Allah has decreed that power be in the hands of disbelievers and corrupt people. This is the way of Allah in the past and you will find no change in the way of Allah.7 We, however, have the opportunity to establish the rule of Allah and the Law of Allah in our homes, in our dealings with our families and friends and our neighbours. We shall shortly meet Allah and we shall return to Him. Nothing on the face of the earth will benefit us other than that which we have performed truly for Allah.

4 Here Ḥabīb `Umar is referring to the years of socialist rule in South Yemen, during which time the regime attempted to eradicate Islam from society. Scholars were persecuted and religious institutions were forcibly closed.

6 Narrated by al-Bukhārī and Muslim