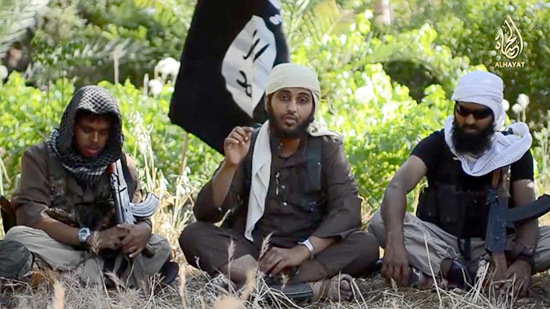 The father of a British man, who appears in a new video released by the Islamist group ISIS, says he is devastated to discover his son is in Syria.

Ahmed Muthana, whose son Nasser appears in the video and calls on other British Muslims to join the Jihad, fears his 19-year-old boy will either kill or end up being killed and has appealed to him to return home.

Mr Muthana said before going to Syria his son had hopes of becoming a doctor.

“He is well educated. He got his GCSE, 13 passes. He was going to apply for uni as a medical student. I’m waiting for him to become a doctor.”

“As a father I give a message to all of them, not only to Nasser, to all the people who goes from Britain to Syria to fight. Please stop, go back to Turkey and come back home. You are safe to go back to United Kingdom and to go into any other Arab country, or a Muslim country.”

British authorities are currently trying to get the video – which emerged on Friday and has yet to be verified – removed from social media sites.