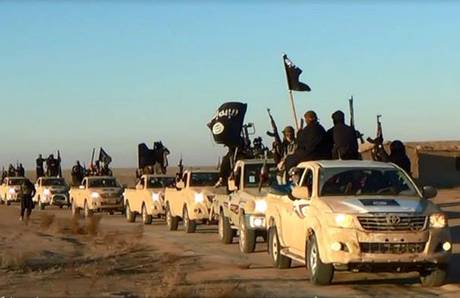 After a fierce battle with Iraqi forces, the Sunni militant group ISIS took control of a crossing on the border between Iraq and Syria, making it easier for the group to shuttle weapons and supplies between the two countries.

By the day’s end, a number of Islamic State of Iraq and Syria (ISIS) fighters and Iraqi troops had died in clashes, mainly over the strategic town of Al-Qaim, near the border with Syria. Once the town was under ISIS control, the border crossing was abandoned, giving the group unfettered access to move fighters, weapons, and supplies between the two frontiers.

Syria and Iraq comprise the basis for the area that ISIS aims to use to establish a new Islamist state in the Middle East.

Elsewhere in the country, Baghdad was the site of a massive parade by Shiite militiamen, a show of force against what’s seen as an inevitable ISIS offensive against the Iraqi capital. Crowds amassed as groups in all different uniforms marched with guns, swords, rocket launchers, and rifles.

In recent days, ISIS has captured Iraq’s largest oil refinery as well as Saddam Hussein’s old chemical weapons plant. They’ve also displaced tens of thousands of Iraqis, bringing the tally of refugees to over a million this year.