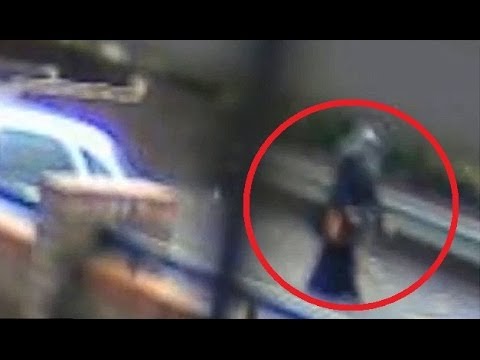 Female Muslim students who wear hijabs and other traditional dress are living in fear after Essex University student Nahid Almanea was stabbed to death earlier this week.

Concerns have been raised the PhD student from Saudi Arabia was killed because she was wearing an abaya – a full length robe – and a hijab. The 32-year-old was found bleeding from head and body injuries on a footpath in Colchester at 10.40am but could not be saved by paramedics.

Detective superintendent Tracy Hawkings said: “We are conscious that the dress of the victim will have identified her as likely being a Muslim and this is one of the main lines of the investigation but again there is no firm evidence at this time that she was targeted because of her religion.”

Now, student Islamic societies have warned female Muslims are having to balance their fears of being attacked with taking their exams.

Camillia Khan, head of communications at the Federation of Student Islamic Societies (FOSIS), told HuffPost UK: “This brutal incident, if Islamophobic in nature as suspected, is a massive blow to the Muslim student community.

“It is a major cause for concern as exams loom and large numbers of Muslim women must now balance the fear of stepping outside into a belligerent atmosphere with the broader stress of end-of-semester exams.

“No student should ever have to live in fatal fear of outwardly expressing their faith, and we hope universities will heighten their awareness of Islamophobia and promote the reporting of such incidents on their campuses in the coming weeks.

Khan urged universities to focus on a long-term strategy for tackling Islamophobia as the attack “is a violent manifestation of a broader social shift in attitude towards Muslims”.

The Sheffield University graduate added many Muslim students would think twice about moving to a university in a new city.

“University should be the place where the best life experiences are had and this may, unfortunately, cast a shadow over that for many parents and prospective female Muslim students.

“As A-level results loom I certainly believe this will dampen the excitement which comes with the rpospect of moving away from home into a new city.”

Khan added: “We need to ensure that we don’t fall into the victim blame mentality and work to produce robust systems in our police and institutions to ensure that Islamophobia is dealt with and that everyone feels safe outwardly expressing their faith.”

Faisel Alam, head of the Islamic society at King’s College, London, said he had “no doubt” female Muslim students at his university would fear for their safety following the stabbing.

“Safety concerns among the Muslim community have been flagged up particularly since the post-Woolwich attacks on Muslim places of worship, and more recently, following the series of Mosque ‘invasions’ by Islamophobic hate-mongering groups like Britain First.

“This brutal murder comes at a time when Islamophobia across the UK is rising at an alarming pace. I cannot imagine what Sister Nahid’s family are going through right now, but I and many other students just like her are very deeply saddened by this awful tragic news.”

An email sent to students by Essex University read: “There is a police presence on campus, and police are speaking to users of the Salary Brook trail.

“When travelling to and from campus don’t walk alone if possible, don’t take short cuts and keep to well-lit areas. Stay vigilant and be aware of your surroundings.”

A spokesperson for Essex University said: “”It is with great shock and deep sadness that our close community receives the news of the tragic death of our student Nahid Almanea.

“Nahid came to the University from Saudi Arabia to study on the Essex English Language Programme at the International Academy, and was due to finish her studies in August. Nahid died on Tuesday 17 June following a serious incident in the Greenstead area of Colchester.

“Our thoughts are now with Nahid’s family, friends and teachers during this extremely difficult time.

“The University continues to help police with their enquiries, and we have been advised by police that a man has been arrested in connection with the incident.”