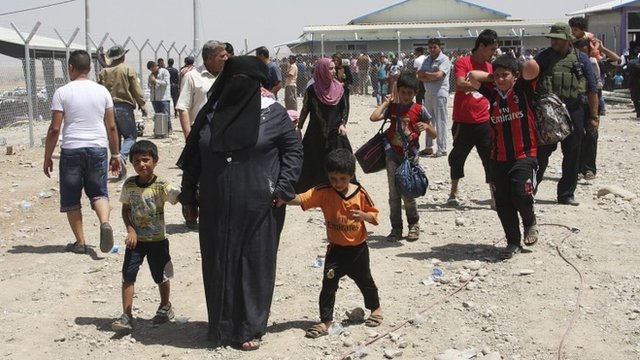 The extremist group known s the Islamic State of Iraq and the Levant (ISIS) seized control of the western half of Mosul, Iraq’s second largest city on June 6. Three days later, Iraqi Security Forces retreated, leaving the entire city in the hands of the jihadis. According to the U.N. up to half a million people have fled the city, raising concerns over a new humanitarian crisis. Sebastian Meyer reports from northern Iraq.