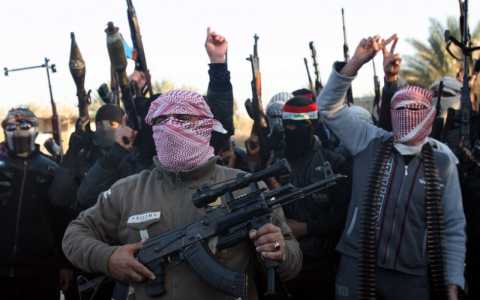 Islamic militants are seizing more territory in Iraq as the U.S. weighs its response to the rebel advance.

Officials say militants captured the towns of Jalawla and Saadiyah in the ethnically divided eastern province of Diyala late Thursday.

The Islamic State of Iraq and the Levant, or ISIL, has already captured most of northern Iraq and is advancing toward the capital.

President Barack Obama said Thursday he is “looking at all the options” in deciding how to respond to the worsening crisis in Iraq.

“We do have a stake in making sure that these jihadists are not getting a permanent foothold in either Iraq or Syria, for that matter,” said Obama.

U.S. officials, speaking on condition of anonymity, say the options being considered include possible drone strikes.

A spokesman for the rebels, who are seeking to install an Islamic government, vowed they would push into Baghdad and on to Karbala, a city southwest of Baghdad that is one of the holiest sites for Shi’ite Muslims.

Meanwhile, Peshmerga fighters, the security forces of Iraq’s autonomous Kurdish north, took control of an airbase and other posts abandoned by government troops in oil-rich Kirkuk.

Iraqi forces have seemingly been powerless to stop the onslaught, often abandoning their outposts and fleeing, leaving their weapons behind.

Iraqi Prime Minister Nouri al-Maliki sought to convene an emergency session of parliament to declare a national state of emergency, but no quorum could be reached, as many of Iraq’s Sunni and Kurdish lawmakers boycotted the session, objecting to handing Maliki, a Shi’ite, increased authority to combat the militants.

The United States said this week it would send new, unspecified aid to Baghdad.  It has provided a vast cache of munitions to Iraq since withdrawing its combat troops from the country.

International officials condemned the onslaught of the Islamic militants and the rapid deterioration of Iraqi security. The U.N. Security Council held a closed meeting on Iraq Thursday. Afterwards, the council president, Russian Ambassador Vitaly Churkin, told reporters that member states expressed their unanimous support to the government and people of Iraq in their fight against terrorism.

Russian Foreign Minister Sergei Lavrov said earlier that the “integrity of Iraq is in question.” In Iran, President Hassan Rouhani said Tehran would not tolerate the fighting in its neighboring country.

“‘As the government of the Islamic Republic of Iran, we won’t tolerate this violence, this terror, and in turn, as we announced at the United Nations, we will fight violence, extremism and terrorism in the region and around the world,” said Rouhani.

Ahead of its meeting, the U.N. Security Council issued a statement strongly criticizing the militants for their attack on Mosul. The members said “no act of violence or terrorism” can reverse Iraq’s path toward peace and democracy.

The International Organization for Migration said the fighting there caused 500,000 people to flee their homes.

Iraq is dealing with its worst violence since 2008, with the U.N. saying that about 4,500 people have been killed this year.  More than 900 of the deaths came last month.