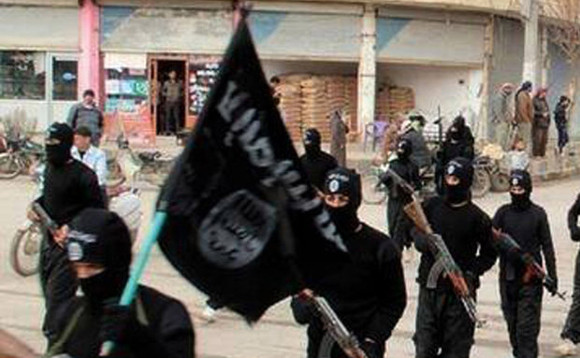 The Iraqi parliament has postponed an emergency session to discuss whether to impose a state of emergency as Sunni rebels push forward with an offensive.

The session, set for June 12, was delayed due to a lack of a quorum.

Most of those boycotting the session were from Sunni and Kurdish factions, who oppose giving extraordinary powers to Shi’ite Prime Minister Nuri al-Maliki.

On June 11, fighters from the Islamic State of Iraq and the Levant (ISIL ir ISIS), an Al-Qaeda offshoot, took control of Tikrit, one day after seizing control of Mosul and abducting 80 Turkish nationals.

They say their next target is Baghdad itself.

An ISIL spokesman, Abu Muhammad al-Adnani, in a purported audio statement posted on militant websites, said, “We will march toward Baghdad because there we have an account to settle.”

Adnani also threatened that ISIL will take the holy Shi’ite cities of Karbala and Najaf in southern Iraq.

Meanwhile, Peshmerga spokesman Jabbar Yawar said on June 12 that the military force of the semiautonomous northern Kurdish region was in full control of the oil-rich city of Kirkuk after the federal army abandoned their posts in the city.

Leaders of Iraq’s political factions, including Maliki and Sunni parliament speaker Osama al-Nujaifi, met late on June 11 in Baghdad to discuss the crisis.
The UN Security Council is also due to convene on June 12 to debate the situation amid calls by Secretary-General Ban Ki-moon to show solidarity with Iraq.

The Security Council has condemned the upsurge of violence in Mosul by what it described as a terrorist organization attempting to destabilize the region.

The White House said the security situation had deteriorated over the past 24 hours.

U.S. State Department spokeswoman Jen Psaki described the situation as “very grave on the ground.” She said it is expected that Washington will give Iraq new assistance to combat insurgents but declined to describe it.

A senior U.S. official said Washington is considering whether to conduct drone missions for Iraq but that no decision had been made.

Russian Foreign Minister Sergei Lavrov, meanwhile, said on June 12 that the advances by jihadist fighters were a clear sign of the “total failure” of the 2003 U.S.-led invasion of Iraq.

“The unity of Iraq is at risk,” Lavrov added.

Maliki has called Mosul’s fall to the militants a “conspiracy” and vowed to regain control of the city by force.

He also said that the military commanders who retreated “must be punished.”

As the militants overran Mosul on June 10, members of the security forces reportedly removed their uniforms and joined residents in fleeing the city.

Some 500,000 people are believed to have fled Mosul, a city of 2 million residents.

Iraqi Foreign Minister Hoshyar Zebari said Baghdad will cooperate with the “peshmerga,” the large and disciplined military force of the semiautonomous Kurdish region, to drive the militants out of Mosul, but he did not provide details on possible cooperation.

ISIL fighters have been holding parts of Ramadi, the capital of western Anbar Province, and much of the nearby city of Fallujah since early January.

ISIL, which also controls the northeastern Syrian Province of Al-Raqqa, wants to establish an Islamic state in areas on the two sides of the border.

With reporting by AP and Reuters