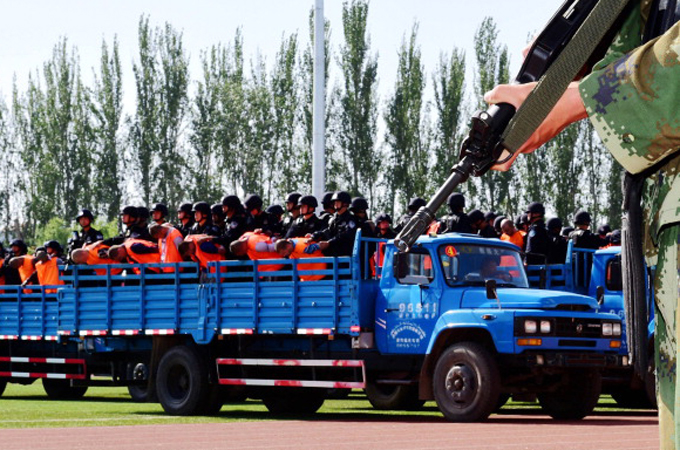 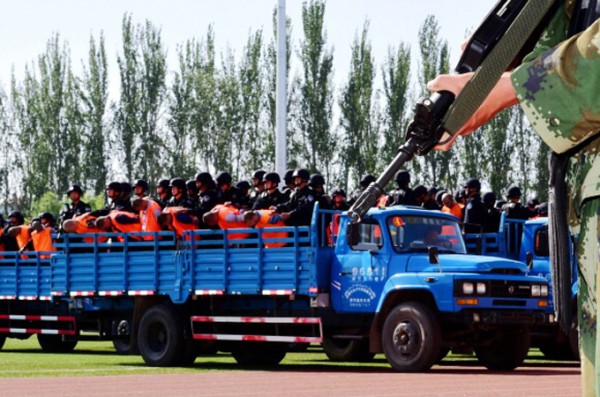 At least one person has been sentenced to death and 54 others found guilty following a mass trial in China’s restive Xinjiang province for a wide range of crimes including terrorism, separatism and murder, state media has reported.

The verdicts were delivered before a crowd of 7,000 at a sports stadium in Yining city in the northern prefecture of Yili.

The mass trial followed a similar event last week in the region where 39 people were sentenced to jail on “terrorism” charges.

China is waging a year-long “anti-terrorism” operation after a series of attacks, but has focused on Xinjiang, home to the Muslim Uighur minority. Beijing blames the recent spate of attacks on separatists from the region.

Those sentenced on Tuesday faced charges ranging from intentional murder, separatism, and leading or participating in “terrorism groups,” People.cn, the website associated with the ruling Communist Party mouthpiece, the People’s Daily, said.

The public sentencing highlighted the aim of the ruling Communist Party claim to strike down any “violent terrorism, separatism and religious extremism”, according to the prefecture’s deputy Party secretary Li Minghui.

Beijing says separatist groups in Xinjiang are seeking to form their own state called East Turkestan.

Exiles and rights groups say the real cause of the unrest is China’s repressive policies that put curbs on Islam and the culture of Uighurs, who are Muslims and speak a Turkic language.

Uighurs have long complained of official discrimination in favour of the Han, China’s majority ethnic group.