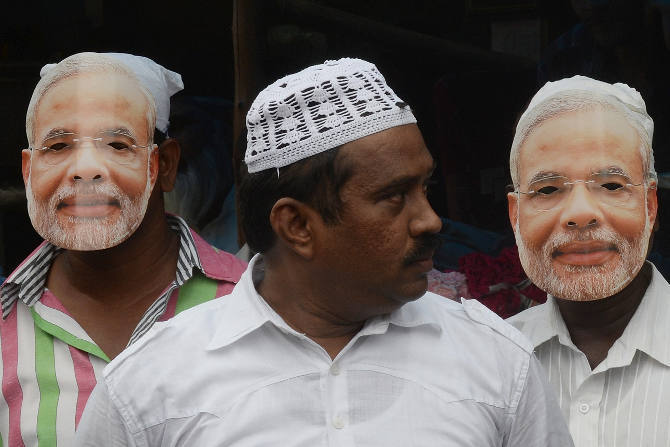 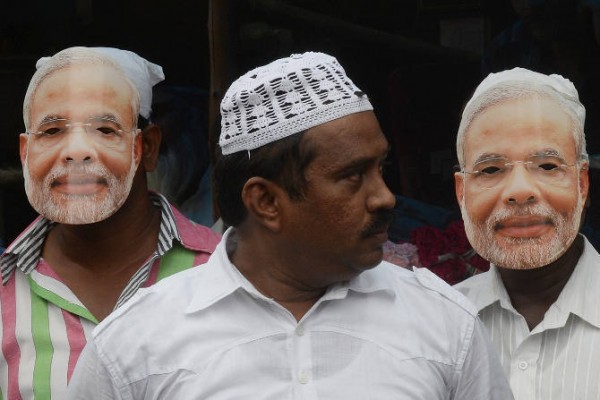 By: Ajit Solanki and Muneeza Naqvi

With his long beard and white skullcap, Mohammed Naseem makes no secret that he’s a devout Muslim in a country where Muslims are often persecuted.

Now, after Hindu nationalist Narendra Modi was sworn in as prime minister following a landslide election victory, Naseem and other Muslims in this country of 1.2 billion are watching the direction of their nation with a mixture of caution and fear.

Modi, who is Hindu like most of India’s population, has long had an uneasy relationship with Muslims, in large part because he, as chief minister of Gujarat state, was in command in 2002 when communal riots there killed more than 1,000 people, most of them Muslims.

“What happened in 2002 still affects the minds of Muslims,” says Naseem, a real estate broker who lives in Ahmadabad, a Gujarat city where some of the worst rioting occurred.

But like millions of others, Naseem despaired of the policy paralysis and economic downslide that marked the last decade under the Congress party.

“On development, (Modi’s) performance here has been very good. Now there are many Muslims who are supporting him,” Naseem said. He added that he hoped the media glare on Modi as prime minister would also keep him in check.

Modi, who was sworn in Monday, has denied any role in the violence, and the Supreme Court said there was no case against him, but the killings continue to affect Muslims’ perceptions.

Muslims account for more than 13 percent of India’s population and face no legal discrimination under the country’s secular constitution. But while many Indian Muslims have held high government offices — current Vice President Hamid Ansari is Muslim — the community is largely poor and fares badly on most socio-economic indicators such as health and education.

Many Muslims say they face discrimination, sometimes subtle and at other times blatant, when looking for jobs or renting a house. Intermarriage between the country’s Hindus and Muslims is still rare.

The center-left Congress party, which has ruled India for all but 10 years but was routed in the recent elections, has traditionally been seen as more favorable to Muslim interests than Modi’s Hindu nationalist Bharatiya Janata Party.

Modi’s own political career started with the Rashtriya Swayam Sevak Dal or the National Volunteers Association, a militant Hindu movement and parent organization of the BJP. The RSS has been widely accused of stoking religious hatred with aggressively anti-Muslim views.

Some Indians fear that Modi’s ties to the RSS may influence his decision-making. But Neerja Chowdhury, a political commentator and analyst, says that Modi, known for his autocratic and independent working style, will resist the pressure.

“The RSS will continue to have consultations with him but they will not be able to micromanage a person like Modi,” Chowdhury said.

“The compulsions of governance will also compel Modi to be neutral,” she added.

One of the BJP’s main promises to its largely Hindu supporters has been to construct a temple at the site of a 16th-century mosque in north India. Muslims revere the Babri Mosque, while Hindus say it is the birthplace of their god Rama and contend a temple to him stood on the site before the mosque.