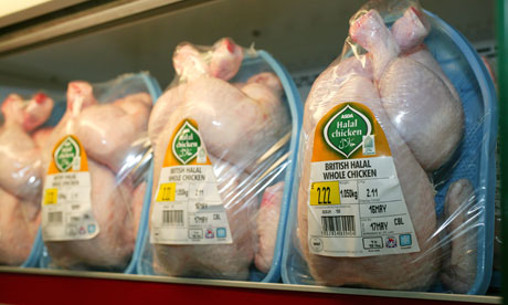 The compulsory labelling of Halal meat could become a reality in the UK if it is enforced by the European Union a British minister has said.

A European study is currently being conducted on the labelling of Halal meat and Liberal Democrat minister, Jenny Willcott said that the government may consider introducing compulsory labelling if the research finds that there is “widespread demand” for it from customers.

“If there is to be compulsory labelling it would be best done at a European level, which would be best for consumers and also ensure that we do not put our food industry at a competitive disadvantage as well, Willcott told The Telegraph.

“My hon friend (Conservative MP Philip Davies) said there is widespread customer demand. There is currently an EU study being undertaken on this issue, looking precisely at that question. We are waiting with interest for that study to be published so that we can have full information on what consumers want and we will then review all of our options at that point.”

The Telegraph reports that MP Philip Davies put forward an amendment in the commons for compulsory labelling of Halal meat after a number of diners said that they were being served Halal chicken in a range of restaurants unknowingly. His amendment however was defeated by 281 votes to 17.

Davies, who worked at British supermarket chain Asda for 12 years said that supermarkets in general are reluctant to label Halal meat as it is deemed to be ‘inconvenient’. Davis also pointed out that the percentage of Muslim’s in the UK was relatively small compared to the rest of the population, however around a quarter of the meat sold in Britain is Halal.

“As a strong believer in freedom of choice, I think one of the fundamental rights of the consumer is to know what they’re purchasing,” said Davies.

“And when I spent 12 years before I entered this House working for Asda, some of the supermarkets are reluctant to do anything about it.

“And the reason why, quite simply, is because it’s very inconvenient for them to go through the food chain to actually provide the labelling.

“It’s not about what’s most convenient for them. I don’t care about that. They should be delivering what their customers want and there’s no doubt this is what customers want to see.”