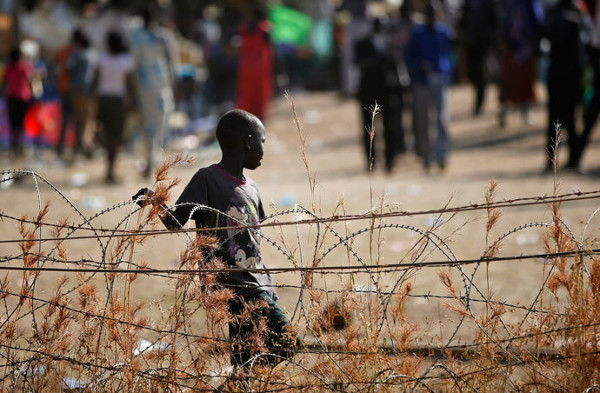 The UN has expressed outrage at a deadly attack on one of its bases in South Sudan, saying it could “constitute a war crime”, BBC News reported.

Thursday’s attack by armed youths on the base in Bor left at least 58 dead, including children. Thousands of civilians are sheltering from ethnic violence there.

The UN said its peacekeepers returned fire as a mob of some 300 people forced their way into the base in an “unprovoked attack”.

Thousands of people have been killed in South Sudan since fighting began in December between supporters of President Salva Kiir and his former deputy, Riek Machar. More than one million people have fled their homes in the conflict, some to neighbouring countries.

The UN said: “The members of the Security Council condemned in the strongest terms these acts and underscored that attacks on civilians and UN peacekeepers may constitute a war crime.”

It added: “The members of the Security Council called on the government of South Sudan to immediately take steps to ensure the safety of all civilians and UNMISS Protection of Civilian sites in South Sudan, to swiftly investigate these incidents, and to bring the perpetrators of these egregious acts to justice.”

Some 100 people were also wounded in the attack and the death toll may rise, the UN said.

The senior UN official in South Sudan, Toby Lanzer, praised the actions of the peacekeepers from India, Nepal and South Korea. He told the BBC: “It is the bravery of the peacekeepers that managed to repel the attack. Unfortunately we have had significant loss of life.”

Almost 5,000 civilians are sheltering at the base in Bor.

South Sudan seceded from Sudan in 2011 after a long and bloody conflict to become the world’s newest state.