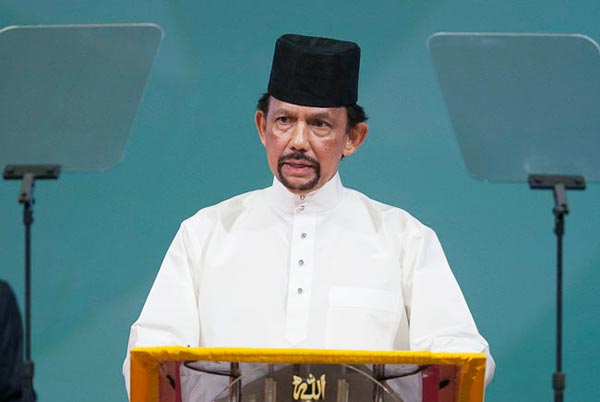 The United Nations human rights office has criticised Brunei’s planned introduction of the death penalty for a raft of new offences, as part of a shift to harsh Islamic punishments in the oil-rich sultanate.

“We are deeply concerned about the revised penal code in Brunei Darussalam, due to come into force later this month, which stipulates the death penalty for numerous offences,” said Rupert Colville, spokesman for the UN high commissioner for human rights.

He told reporters these offences include rape, adultery, sodomy, extramarital sexual relations for Muslims, but also crimes such as robbery and murder.

The death sentence could also be imposed for defamation of the Prophet Mohammed, insulting any verses of the Koran and Hadith, blasphemy, and declaring oneself a prophet or non-Muslim, he said.

“Application of the death penalty for such a broad range of offences contravenes international law,” he added.

Brunei has not carried out any executions since 1957, but Colville said that rather than adding new capital crimes to its books, the sultanate should be working to abolish the death penalty outright.

Brunei’s all-powerful Sultan Hassanal Bolkiah announced last October that the country would phase in Islamic syariah law punishments such as flogging and death by stoning.

The new criminal code, expected to enter into force on April 22, also introduces stoning to death as the specific method of execution for rape, adultery, sodomy and extramarital sexual relations.

Colville said that international law classified stoning as “torture or other cruel, inhuman or degrading treatment or punishment”, meaning it is banned under global human rights treaties.

UN studies have shown that women are more likely to be sentenced to death by stoning, due to entrenched discrimination and stereotyping in the justice system, he noted.

Criminalising consensual sex between adults, let alone applying the death penalty for it, breaches a series of rights, while the new code also violates freedom of religion, opinion and expression, Colville added.

Brunei practices a more conservative form of Islam than neighbouring Malaysia and Indonesia, banning the sale and public consumption of alcohol and closely restricting other religions.

The sultan has advocated the strengthening of Islam in the country, against what he calls potentially harmful outside influences, recently calling his Islamic monarchy a “firewall” against globalisation.

Officials have previously said syariah cases would require an extremely high burden of proof and judges would have wide discretion applying it.