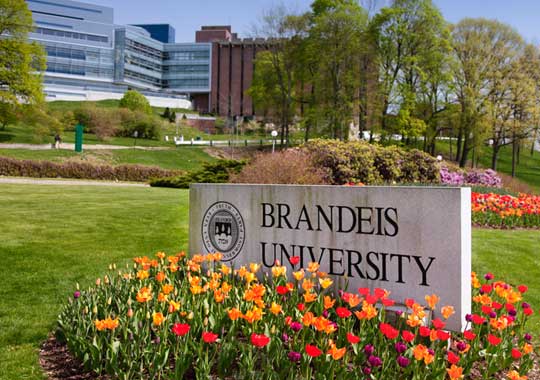 Brandeis University this week announced that it had reversed its decision to give Ayaan Hirsi Ali an honorary degree after a grassroots campaign highlighting many of Hirsi Ali’s most anti-Islam statements.

Hirsi Ali and her mostly right-wing defenders have cast the controversy as one of disallowing her the right to speak, a point that Ali Gharib debunked on Thursday in a piece at the Jewish Daily Forward (in fact, Brandies has invited Hirsi Ali to speak on campus at a later date).

“Universities consider it important to make a distinction between inviting a speaker who may air unpopular or provocative views that the institution does not endorse and awarding an honorary degree, which is more akin to affirming the body of a recipient’s work,” the New York Times noted in its story on Brandeis’s decision.

Indeed, while Hirsi Ali has been a fierce advocate for the rights of women, particularly Muslim women, the primary reason Brandeis reversed course is what Hirsi Ali has said about Islam in general.

According to Fear, Inc., a report released in 2011 by the Center for American Progress on Islamophobia in America, “One of Al Qaeda’s greatest recruitment and propaganda tools is the assertion that the West is at war with Islam and Muslims — an argument that is strengthened every day by those who suggest all Muslims are terrorists and all those practicing Islam are jeopardizing U.S. security.”

And this is exactly what Hirsi Ali has done. In 2007, she told Reason Magazine that Islam should be “defeated” and when asked to clarify whether she meant “radical” or “militant” Islam, she made herself very clear. “No. Islam, period. Once it’s defeated, it can mutate into something peaceful. It’s very difficult to even talk about peace now. They’re not interested in peace.”

The Times reports that Brandeis changed its mind on Hirsi Ali after an online petition by Change.org. “We cannot overlook certain of her past statements that are inconsistent with Brandeis University’s core values,” the university said in a statement this week. “For all concerned, we regret that we were not aware of these statements earlier.”

Fox News’s Megyn Kelly asked about these comments in an interview this week but Hirsi Ali ignored the question and brushed it aside, claiming that her critics have taken her remarks our of context. “They take lines from various interviews. I mean, the magazine was in 2007 and then they tie all these things together to fit their own narrative,” she said. But she never explained how her comments have been taken out of context.

“There is no moderate Islam,” she said in the Reason interview in 2007. “There are Muslims who are passive, who don’t all follow the rules of Islam, but there’s really only one Islam, defined as submission to the will of God. There’s nothing moderate about it.”

“She speaks from experience and there’s no question that her experience is very powerful and she brings light to an important issue,” she said, adding, but “an honorary degree is about furthering the values of the institution. She has made some comments that are not consistent with the values of the institution. She does not distinguish between radical Islam and more moderate Islam.”