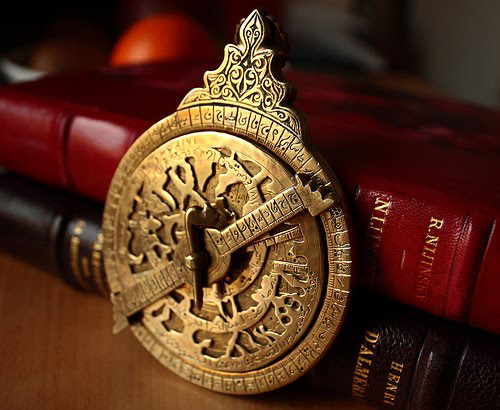 The most important rule in Islam is “judgment on anything is a branch of conceptualising it”. To determine whether a belief can be accepted by a Muslim or not, this is the first and most often repeated principle. However, when it comes to matters scientific, this indispensable rule for correct judgment is paradoxically the most disregarded one.

Ever since the decline of the Islamic civilisation and the end of its Golden Age, Muslims have ironically taken up superstitious and irrational thinking habits they had previously dropped when they originally accepted the Message of Prophet Muhammad. The ideas that the sun could eclipse for the death of someone, that certain numbers have magical powers, or that birds flying in a certain direction indicates an omen of some kind were among superstitious beliefs explicitly pointed out by Prophet Muhammad and in verses in the Quran for their irrationality. Unfortunately, it seems that Muslims have gone full circle. Out of the top 20 countries in overall science output, Turkey is the sole Muslim representative, barely sneaking in at number 19.

Overly simplistic explanations of this phenomenon have pointed to Al-Ghazali (c 1058-1111), one of the most influential Muslim theologians. His work, The Incoherence of Philosophers, is cited for its negative impact on Muslim thinking. This, however, is a grave misrepresentation of Al-Ghazali, his attack on contemporary philosophers, and the Islamic civilisation as a whole.

Contrary to how it is popularly misconstrued, Al-Ghazali’s attack against the philosophers was not an attack against science. The Incoherence is viewed as one that defended Islamic theology from what was considered an unjustified encroachment of science onto it. It is worthy to note here that although Al-Ghazali aimed to refute the turning of science into theology, he acknowledged empirically valid claims as such and did not prescribe for Muslims to ignore them.

As for the Muslim scientific and intellectual decline being attributed to Al-Ghazali, this claim is overly speculative and one-dimensional. No civilisation deserves to be called a civilisation, if the works of a single individual, regardless of who it is, can bring it crashing down. The decline of a civilisation is a complex process that is influenced by numerous factors. Oversimplification in this regard is disingenuous and can further a people’s stagnation because it prevents proper assessment of where the problems lie.

The problem Muslims have with regard to the relationship between science and religion today is in their reliance on people who are not professional scientists or theologians. It is not uncommon to see Muslims rely on professional debaters to learn about science and the “Islamic” position on matters such as the theory of evolution. Furthermore, when they do direct their questions at scientists or theologians, most Muslim scientists and theologians do not respect the limits of their expertise and regularly speak of matters they know little about.

When Prophet Muhammad migrated to Medina, he moved from a business hub in Arabia to an agriculture-based society. He was not familiar with farming practices and upon observing how cross-pollination took place he voiced his wonder. Human intervention to manipulate outcomes in nature was counter-intuitive to him.

The companions misunderstood the Prophet’s wonder to be a religious decree not to cross-pollinate their palm trees. Upon realising a very poor crop yield, they approached him to ask for a metaphysical reason. Prophet Muhammad’s response was, “You know the affairs of your worldly matters better”. In other words, the reasons for the poor crop yield are to be sought in physical practices.

It is a relatively modern phenomenon to see Muslims in mass turn Scriptural sources into scientific textbooks. In fact, a careful reading of traditional texts of Islamic theology would reveal to the reader that imposing a scientific interpretation on Scripture is a form of heresy. The consequences of such a practice will always be negative for Scripture not due to an inherent problem within it, but a problem with the reader.

What is desperately needed for modern Muslims is to come to terms with the fact that progress is not going to come from theological debates. Many spend their time in reproducing Christian apologetics as Muslim arguments, or attempting to “refute” that we evolved. What are currently perceived as conflicts between science and Islam are misguided constructs imposed by people who should not be engaged in these discussions in the first place.

There is no such thing as an “Islamic” position on the validity of a scientific theory. In fact, scientific theories have no concern with any religious or non-religious positions on them. Empirically unsubstantiated claims, even if they sound perfectly logical, are not fully accepted until they survive the rigor of experimentation. No amount of philosophical refutations or Scriptural references will change facts. Scientific progress is not based on its congruency with Scripture, or whether the scientist believes or disbelieves in God. It is based on resolving conflicts between hypotheses and experimental data.

It may be difficult to accept for many Muslims that questions in science are areas of inquiry where one is not allowed to appeal to God. But this is a product of how they have been cognitively conditioned with regards to this issue. Ironically, some of the most spiritually elated people are scientists who identify themselves as atheists. This is because they do not approach science assuming they have all the answers.

The universe is truly magnificent, and for a religious person to appreciate it as a Creation in the broad sense of the word, they have to negate their presumptions. If there is an Islamic position on science, it is that when you do not invoke God as an explanation that His magnificence unfolds in your quest to understanding His Creation.