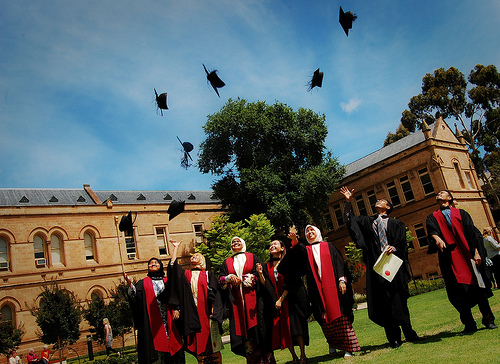 A new system of “Sharia-compliant” student loans is to be launched to allow more Muslim students to go to university, it has been announced.

David Willetts, the Universities Minister, said an alternative financial model was being created to satisfy Islamic law that forbids Muslims taking out loans that make interest.

Under the system, students would apply for taxpayer-backed loans but repay them into a mutual-style fund that would be ring-fenced to provide future finance to other students with the same religious beliefs.

The move will raise concerns over a two-tier system in which Muslim students pay less than other undergraduates.

But the Government insisted it would be set up in a way that ensured repayments were made at the same rate as students who take out traditional student loans.

It comes just weeks after it emerged that Sharia law was to be effectively enshrined in the British legal system for the first time under new guidelines for solicitors for Islamic wills.

Around 115,000 Muslim students currently attend universities in the UK but it is claimed that many have been put off a degree by the Coalition’s new loans system – introduced in 2012 – that carry a real rate of interest above inflation. It coincided with a near tripling of the cap on tuition fees to almost £9,000.

Omar Ali, president of the Federation of Student Islamic Societies, told the Telegraph: “We know of many students who finished college but decided not to go to university because of the way the new system was set up. We welcome this proposal.”

The announcement was made as part of a wide-ranging strategy designed to boost access to degree courses for under-represented groups. This included a new responsibility for universities to help boost post-graduation employment rates for poor students.

Mr Willetts said the Government wanted to make the “path to university easier for everyone”, adding: “We are aware that some Muslims and young people of other faiths might be put off taking out a conventional student loan.

“To address this we have developed a potential model alternative finance product which would be Sharia-compliant and could be offered alongside traditional student loans.”

The plans have been set out in a consultation document published by the Department for Business, Innovation and Skills.

It says the Student Loans Company will create a completely new fund based on the “Takaful” structure used in Islamic finance – allowing groups of people to cooperate to provide mutual finance assistance to other members of a group.

Students will borrow up to £9,000 a year to cover tuition fees and start to repay when they earn more than £21,000 – the same as the traditional model.

The document says: “The principles of Sharia law recognise the value of money over time. Given the long period over which most students would make repayments into the fund, the total contribution they would be obligated to make would be based on a benchmark.

“This benchmark would be set relative to the traditional loan system and would ensure that students who made use of either the alternative finance product or traditional loans would be treated the same.”

It says the money paid back “would help future students benefit from the fund, allowing them to complete their studies as the original student did”.

“The mutual basis of this structure, with members of the fund helping each other attend higher education, makes this model acceptable under Sharia-law,” it adds.