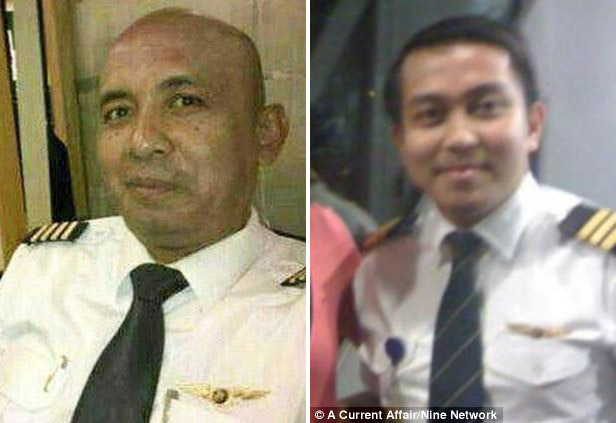 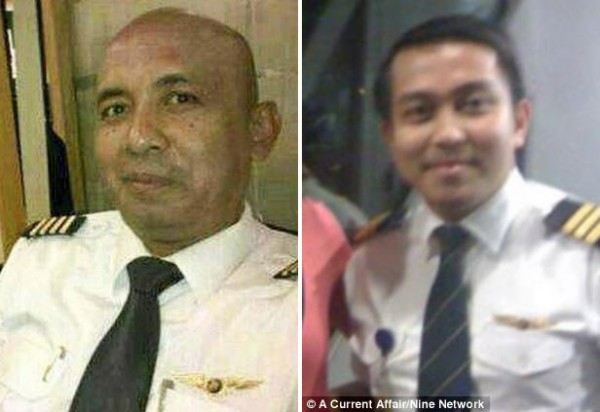 Attention is focusing on the pilots of the missing Malaysia Airlines flight after the country’s leader announced findings that suggest someone with intimate knowledge of the Boeing 777’s cockpit seized control of the plane and sent it off-course.

Police are combing through the personal, political and religious backgrounds of pilots and crew of the missing jetliner, a senior officer said on Sunday. Investigators have also stepped up their scrutiny of the 239 crew members and passengers.

No trace of the plane has been found since it vanished on March 8, but investigators believe it was diverted by someone who knew how to switch off its communications and tracking systems.

“We are not ruling out any sort of motivation at the moment,” a senior police official with knowledge of the investigation told Reuters news agency.

Malaysia’s government said police had searched the homes of the two pilots and were examining the captain’s home flight simulator, but cautioned it was “normal” procedure.

In a press release, distrubuted on Sunday, the country’s ministry of transport also said police were investigating all crew and passengers on board, as well as engineers who may have had contact with the aircraft before take-off.

Prime Minister Najib Razak revealed the first detailed findings on Saturday in the more than week-long investigation into the missing plane.

Najib said satellite data suggest it flew for at least 7.5 hours and that it could have reached as far northwest as Kazakhstan or deep into the southern Indian Ocean.

At least 25 countries were now involved in the search for the plane, Malaysia’s defence minister said on Sunday.

Indian officials, quoted by AFP news agency, said on Sunday that New Delhi suspended its search for the plane amid the new information and was waiting for new requests from Malaysia.

Experts say that whoever disabled the plane’s communication systems and then flew the jet must have had a high degree of technical knowledge and flying experience.

One possibility they have raised was that one of the pilots wanted to divert the plane for some reason – possibly even to commit suicide. Piracy and hijacking have also been cited as possible explanations.

Najib stressed that investigators were looking into all possibilities.

Malaysian police have said they are looking at the psychological state, family life and connections of pilot Zaharie Ahmad Shah, 53, and co-pilot Fariq Abdul Hamid, 27. They have released no details on their investigation so far.

Zaharie, who joined Malaysia Airlines in 1981 and had more than 18,000 hours of flying experience, was known as an avid aviation enthusiast who had set up an elaborate flight simulator at home.

Fariq was contemplating marriage after having just graduated to the cockpit of a Boeing 777. He has drawn scrutiny after the revelation that he and another pilot invited two female passengers to sit in the cockpit during a flight in 2011.

Two-thirds of the plane’s passengers were Chinese, and China’s government has been under pressure to give anxious relatives firm news of the aircraft’s fate.

Beijing’s state media expressed irritation on Saturday at what it described as Malaysia’s foot-dragging in releasing information about the investigation and the search.

At a hotel near Beijing’s airport, some relatives said they felt deceived at not being told earlier about the plane emitting signals for 7.5 hours.

“Our family just wants the truth to be revealed and to tell us how the rescue is going. We just want to know information from our relatives as soon as possible. That’s it,” the cousin of a 32-year-old businessman travelling on missing flight told AP.

Najib said he understood the need for families to receive information, but that his government wanted to release only fully corroborated details.

A Chinese patrol ship, part of the search efforts for the missing Malaysia Airlines plane, arrived in Singapore Bay on Sunday and was heading for the Strait of Malacca, China’s state broadcaster CCTV reported.