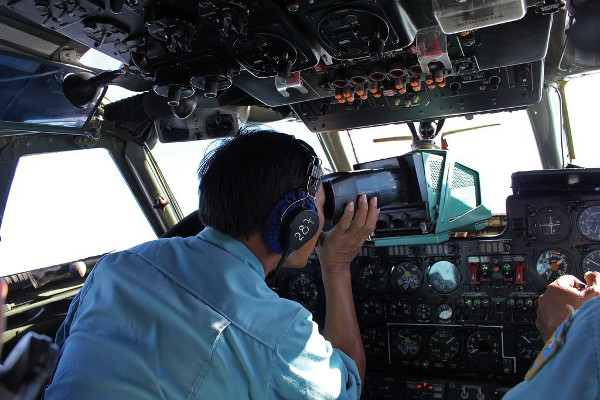 The catastrophic loss of Malaysia Airlines flight MH370 seems unlikely to be due to terrorism – which by definition has to be politically (or ideologically or religiously) motivated and have a purpose. I cannot think of a group that would want to down a Malaysia Airlines aircraft. Since the aircraft’s disappearance, I have heard Uighur separatists from China’s Xinjiang province in the country’s north-west mentioned as likely candidates, but it would seem well beyond their capabilities based on their past efforts. Furthermore, if they wanted to bomb an aircraft, a much more likely option would be a China domestic flight because their Xinjiang separatist campaign is focused on pressuring the Chinese government.

Other terrorist groups, such as al-Qaeda or Chechen separatists, have only targeted flights to the US or flights within Russia, respectively. In addition, terrorist groups usually claim an attack to put pressure on the target government, and no one has claimed responsibility so far for downing MH370.

The aircraft could have been bombed – but there may be non-terrorism related reasons for bombing an aircraft – such as the targeting of a passenger for assassination or insurance. Back in 1972 my army boss was killed when Cathay Pacific Flight CX700Z was bombed between Singapore and Hong Kong, crashing in Vietnam. A bomb was hidden in a suitcase which detonated, bringing down the aircraft and killing 81 people. A Thai police officer was accused of planting the bomb in his wife’s luggage, intending to collect the insurance on her, but he was acquitted due to lack of evidence.

Further to all of the above there are many other possible reasons for catastrophic loss of an aircraft. For example, someone could have got into the cockpit when the door was open and caused the aircraft to crash. A security weakness is the opening of the cockpit door in flight for the pilots to receive refreshments or to access the toilet. An intruder could then overpower the remaining pilot, lock the cockpit door and take over the aircraft.
Advertisement

After SilkAir flight 185 was lost in Indonesia in 1997, the American National Transportation Safety Board used computer modelling to conclude that the crash was deliberately caused, most likely by the captain.

In the case of MH370, there may have been a major structural failure, and so on. We will not really know until parts of the aircraft are recovered, along with the flight data recorder and cockpit voice recorder.

An interesting and probably unrelated aspect was the use by two passengers (and possibly more) of stolen passports. This was only discovered when the passengers were reported missing and the original Austrian and Italian passport holders came forward. Both passports were stolen at Phuket in Thailand. Australians ”lose” more than 200 passports a year in Thailand. In total there are probably thousands of passports lost or stolen in Thailand each year. Bar girls even get a commission for stealing passports. Thailand is well known as a regional trading centre for stolen passports.

Interpol maintains a database of some 40 million lost or stolen travel documents, but only the US, Britain, France and Switzerland are said by Interpol to be regular users of the database. According to Interpol, a billion passengers travelled by air last year without their passports being checked against the database.

No one had ever checked these particular Austrian and Italian passports, which were entered into the database when they went missing in 2012 and 2013, to see if they were being used for stolen identity purposes. They were certainly not checked on entering Malaysia, nor were they checked on departure. Most airlines are more concerned about what passengers take on board a flight than they are about a person’s real identity.

In the case of MH370 the two passengers of interest were travelling on from Beijing on KLM flights to Copenhagen and Frankfurt, neither of which destination checks incoming passports against the Interpol database. It seems likely that they had either acquired the EU passports to work in Western Europe or they were involved in organised crime or some other illegal activity.

Discussions are being held at the moment about linking airlines to the Interpol database, but if all passports had to be checked at the airport ticketing counter against the Interpol database it would probably impose further delays on passengers. Cash-strapped airlines are reluctant to take on yet another security-related administrative burden. Another option is for customs and immigration to do it at the points of departure and entry. There could be delays for passengers and problems when the link goes down, as it inevitably will.

Despite the concerns about airline safety, it remains the case that air travel has never been safer – which is why the very occasional air crash attracts so much publicity and concern.