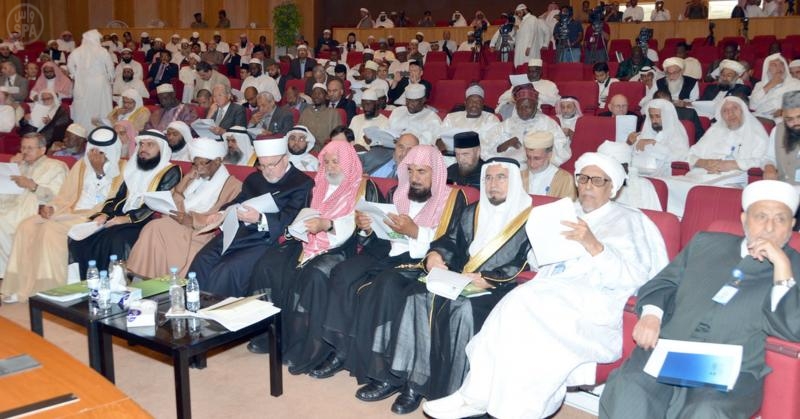 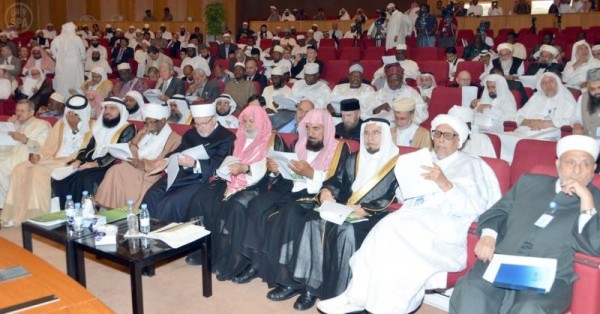 On the concluding day of their brainstorming session on addressing the major problems and challenges facing the Muslim Ummah, the scholars urged the Muslim World League (MWL), which organized the three-day event, to recognize the contribution of prominent figures and organizations for their contributions to achieve Islamic solidarity.

The global conference titled “The Islamic World, Problems and Solutions” proposed, in its final communique, that the league of economic entities should be established by pooling all its potential, including human resources, and financial and innovative capabilities.

The conference urged MWL to form an Islamic Harmony Committee with a mission of promoting peace and eschew sectarian disputes among members of the Muslim Ummah.

The conference emphasized that MWL should constitute a specialized committee to draw up detailed program to implement the charter to realize the aspirations of the Islamic communities as well as to form a high level Islamic delegation to introduce the charter among the community members.

The communique said: “The Muslim Ummah looks forward to King Abdullah with full confidence that he would continue the Kingdom’s efforts for promoting harmony by inviting the warring groups from the Islamic communities and countries to Makkah, seeking rapprochement among them in the vicinity of the Holy Kaaba, following the suit of what had been achieved earlier on Palestine and Afghanistan.”

Underlining the significance of establishing harmonious relations among various Muslim sects, the scholars called for effectively confronting intervention of external forces in the internal affairs of some Muslim countries with an ulterior design of creating internal sedition. They urged Muslim countries to contain such interventions.

Urging Iran to review its position of supporting the Syrian regime, the scholars called on Muslim states to stand by the oppressed Muslim communities and nations, especially Syrians, Rohingya Muslims, and Palestinians.

The charter, approved by the scholars, stressed that Islamic solidarity is the pressing need of the hour and that there should be plans, programs and projects that make it a concrete reality and not a dream or wish.

Emphasizing that moderation is the core of Islamic solidarity, the charter called for an effective mechanism to settle disputes.

There should be solidarity at the two levels of nations and peoples, in a way meeting the present day challenges and tapping all human and natural resources for the betterment of the Muslim Ummah.

For this, the solidarity charter suggests measures, including creation of human resources development centers across the Muslim world.

MV Editor’s note: This welcome development is in the same spirit as the widely recognized and endorsed Amman Message which aims to mitigate the dangerous sectarian trends that are ever present in Muslim lands and that too often play a significant role in undermining fragile political and economic, and individual spiritual development.

MuslimVillage.com supports the intent and method, and respected Sunni scholars who have endorsed this message and we encourage others to do the same and to support similar initiatives like that of the Muslim World League in the article above. It is, of course, far easier to be cynical and ignore or belittle such initiatives but that only decreases the likelihood that any of them will work making such an attitude part of the problem, not the solution. May Allah grant us success and His Pleasure.