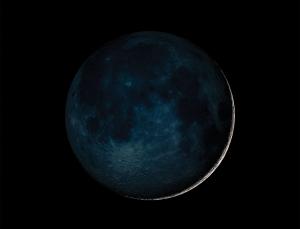 Is it Ramadan yet? Muslim communities look for the new moon to decide, and radio waves could settle the matter.

The Islamic calendar is based on lunar months, with sightings of the first sliver of the waxing moon marking the start of each month. It is possible to calculate when this thin crescent will theoretically be visible, but many Muslims will only accept visual confirmation.

Religious authorities in each country conduct their own lunar observations, so cloudy skies can delay the start of a new month by a day or two in some countries relative to others. This means that Muslims around the world can get slightly out of sync when marking festivals and the start and end of the holy month of Ramadan.

Radio observations could bring calendars more into line, says a team led by Yaser Hafez at the King Abdulaziz City for Science and Technology, the Saudi Arabian science agency in Riyadh. Solar radiation bouncing off the moon creates a distinct glow for radio astronomers, even in cloudy conditions. Using a 3.7-metre radio telescope – essentially a scaled-up version of a satellite TV dish – the team could lock on to the new moon’s radio signal at the same time that the first thin crescent appeared in visible light.

Traditionalists will probably prefer visual confirmation, says Khalid Shaukat, who runs the Islamic astronomy website moonsighting.com. But the team argues that its method might help resolve matters in the event of a disputed sighting by demonstrating that the disc of the moon has indeed moved past the sun as seen from Earth, an alignment that means the new moon should be visible. “It is something to show the people: the real locations and the images of the actual two objects,” says Hafez.

“All this telescope does is locate the moon’s position, so it is complementary to the visual way of doing it,” agrees team member Clive Dickinson at the University of Manchester, UK.