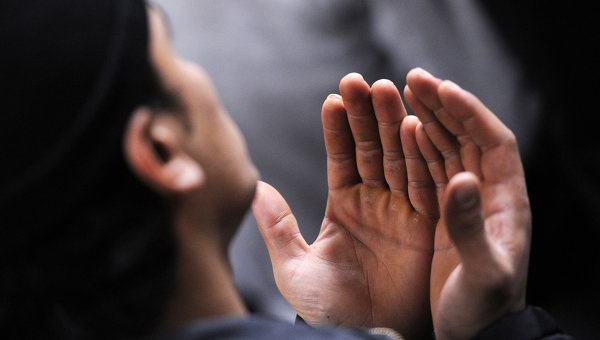 The Crimean Tatars are the Muslim descendants of the Golden Horde of Genghis Khan. They speak Turkic and represent the indigenous people inhabiting the Crimea, which is their native land inhabited since the 13th century.

The Tatars inhabit the Crimean Peninsula encompassing a little more than 10,000 square miles. They were deported from the region by the Soviet central authorities in 1944. The deported Tatars were scattered across the steppes of Central Asia settling in Uzbekistan, Tadzhikistan, Ukraine, Georgia and Azerbaijan. Beyond the ex-Soviet borders there are some Crimean Tatars in Romania and Turkey.

Since 1967, despite obstacles, they started returning to their Crimean homeland. Now, however, with the Russian occupation of Crimea they feel threatened for fear they might once again be expelled from their homeland.

The Muslim nationalities of Eastern Europe have been victims of numerous ethnic cleansing campaigns since the late 18th century. Among those nationalities expelled in the 19th century from their homelands were the Bulgarian Muslims, Circassians, Abkhazians and most recently in the 20th century the Bosnian Muslims. Estimates reach as high as 60,000 Bosnian Muslims killed during that war.

During World War II the leader of the Soviet Union, Josef Stalin, exiled entire nations from their ancestral homelands. The Soviets targeted Muslim nationalities of the Caucaus and Crimea for total deportation. The Soviet government targeted Muslims using the Soviet political police and exiled them to Karachays, Chechens, Ingush, Balkars, Meskhetian Turks to Kazakhstan, Central Asia, Siberia and other remote locations in the USSR from 1943-1944.

Many of these locations were desolate, which made survival very difficult resulting in thousands of deaths. Approximately 200,000 Muslims, almost half the population, died from hunger, thirst and disease in their first year of exile.

“Other ethnic groups here have governments that protect their future, but we don’t have a homeland other than Crimea,” said Abduraman Egiz, a deputy with the Mejlis, a representative body for the Crimean Tatars.

Russians make up almost 60 percent of the peninsula’s populations, Ukrainians 24 percent, and Tatars 12 percent according to the 2001 census.

The Tatars fear the kind of prejudice and dissolution that minority ethnic groups have suffered for centuries in Central Asia. They don’t want to risk losing their culture and homeland again.

“We want to protect our language, history and historical figures, but the legacy of the USSR lives, and people don’t understand these basic rights need to be guaranteed,”Egiz said, in a Voice of America report.

The stories of return out of exile from Central Asia are alarmingly the same. “All the adults told us stories about our homeland. They pounded us with them so we would never forget,” Zulfere Memetova said, a 30-year-old accountant who grew up in Uzbekistan.

With Russian troops a few blocks away in Simferopol, on the streets of the capital in Crimea, the whispers of possible attacks against the Tatars is unsettling, especially by those who remember the ethnic cleansing and expulsions of the past.

Mudasir Kafodar a 55-year-old ethnic Tatar says, “We want to live in peace. But Russian troops have entered our territory – Ukrainian territory – and armed men are walking around. It scares us – not just me, but all of us.”

“They don’t say anything. They don’t explain who they are. But it’s clear they’re not Ukrainian – they’re Russian.”

“Kafodar was born in Uzbekistan and in 2000 moved back to Crimea, which he considers his homeland. His parents – now 93 and 85 – were deported by Stalin in 1944. He has built his own family’s ancestral home from scratch and now fears losing it,” he told Voice of America.

People who live in ethnically diverse areas are less racially prejudiced than individuals living in highly segregated areas and their increased tolerance is due directly to the experience of a more integrated society, an Oxford University study has found, according to the Independent.co.uk.

The study was conducted on populations in the United States, Europe, England and South Africa from 2002-2012. The findings were astonishing and even the attitudes of the most prejudiced people who did not mix on any level with ethnic minorities became more tolerant over time just by living in areas where others were mixing on a daily basis, the researchers found.

“We have shown that positive contact between people belonging to different ethnic groups leads to more tolerant societies overall,” said Professor Miles Hewstone of Oxford University who led the study published in the journal Proceedings of the National Academy of Sciences.

As the human race strives for world peace, global organizations seek to work towards what seems like the ever elusive prize. Musicians without Borders, The Peace Corp, Doctors without Borders, faith based groups, and a plethora of non-governmental organizations (NGOs) all promote peace and harmony among people and countries. While they provide aid and assistance around the world, many times at their own peril, it’s not enough.

The message of world peace begins with governance and how each country addresses the preservation and respect for diversity, which equates to tolerance. The research proves more ethnically diverse populations are less likely to engage in ethnically-based conflicts.

World leaders say they want peace but the historical evidence of ethnic cleansing and intolerance shows fear by indigenous people is still relevant. The invasion of the Crimean homeland of the Muslim Tatars by the Russians is a grim reminder of the intolerance and ethnocentrism of the past. Separatism is not the path to peace.