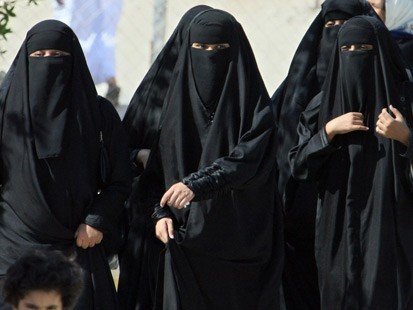 Saudi women activists have petitioned the country’s consultative council to back a demand to curb the “absolute authority” of male guardians over women in the kingdom, a signatory has said.

Activist Aziza Yousef told AFP news agency on Sunday that “rights activists have petitioned the Shura (consultative) Council on the occasion of the International Women’s Day [on March 8] demanding an end to the absolute authority of men over women”.

They demanded “measures to protect [women’s] rights,” in their petition to the Shura Council, she said.

Saudi Arabia imposes a strict interpretation of Islamic law, forbidding women to work or travel without the authorization of their male guardians.

It is also the only country in the world that bans women from driving, and a woman cannot obtain an identification card without the consent of her guardian.

Laws in the kingdom enforcing such restrictions on women “are not based on religious” teachings, said Yousef.

The petition, signed by 10 female activists, also calls for allowing women to drive.

Three female members of the Shura Council presented a recommendation that women be given the right to drive in October, but the male-dominated 150-member assembly blocked the proposal.

Women in Saudi must obtain permission from a male guardian to perform “certain surgeries” and to “leave the university campus during study hours,” she added.

She cited a recent case in which a pregnant student had to give birth on campus after a women-only university in Riyadh denied access to paramedics.

And a university student died in February after paramedics were prevented from entering her campus because they were not accompanied by a male guardian, a must according to the strict segregation rules in the Muslim kingdom.

The Shura Council is appointed by the king and advises the monarch on policy, but cannot legislate.