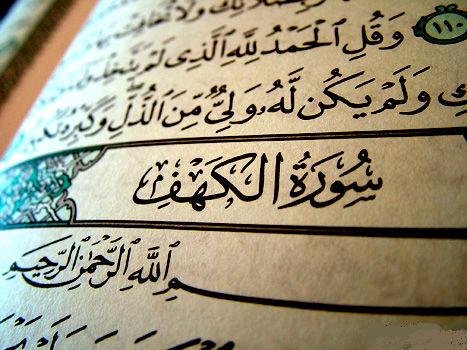 The Holy Prophet Muhammad sallallahu alayhi wasallam has prophesied about several events that will occur just before the advent of the day of judgment. Among these, Rasulullah sallallahu alayhi wasallam has foretold the advent of one of his descendants, Al Mahdi (the guided one), which will materialize when the believers are severely oppressed in every corner of the world. He will fight the oppressors, unite the Muslims, bring peace and justice to the world, rule over the Arabs, and lead a prayer in Makkah at which Eisa (Jesus) alayhis salaam will be present.

Throughtout the history of Islam, a few individuals — driven either by the desperate state of Muslims in their community or a selfish pursuit of power and prestige — laid claim to being Mahdi and found a following among the uninformed masses who were looking for salvation from the heavens. For some of these individuals (like Bab of Iran or Mirza Ghulam of India) the claim to being Mahdi was just a stepping stone to the development of heretic sects which broke away from the fold of Islam.

Thus, it is at least prudent to visit the facts of this prophecy and avoid falling pray to false claimants that will appear from time to time.

As Muslims, we should remember that the prophecy about Mahdi is one that will come to pass. This prophecy, however, does not absolve the Muslim ummah from its duty to strive in the cause of Allah, oppose injustice, and seek peace and betterment of human condition. Centuries have passes from the time of the holy Prophet sallallahu alayhi wasallam and there is a good possibility that many more will expire before the advent of Al Mahdi. Muslims who are negligent in their duty hoping for a savior are committing a grave mistake and are not following the divine decrees ordained in Qur’aan or taught by Rasulullah sallallahu alayhi wasallam.

The following are the collection of Saheeh (authentic) Ahaadith regarding Mahdi.

The world will not come to pass until a man from among my family, whose name will be my name, rules over the Arabs.

Allah will bring out from concealment al-Mahdi from my family and just before the day of Judgment; even if only one day were to remain in the life of the world, and he will spread on this earth justice and equity and will eradicate tyranny and oppression.

Even if only a day remains for Qiyamah to come, yet Allah will surely send a man from my family who will fill this world with such justice and fairness, just as it initially was filled with oppression.

The promised Mahdi will be among my family. God will make the provisions for his emergence within a single night.

The promised Mahdi will be among my progeny, among the descendants of Fatima.

Rasulullah sallallahu alayhi wasallam announced: The Mahdi will be of my family, of the descendants of Fatima (the Prophet’s daughter).

The Prophet sallallahu alayhi wasallam taught: Al-Mahdi is one of us, the members of the household (Ahlul-Bayt).

Our Mahdi will have a broad forehead and a pointed (prominent) nose. He will fill the earth with justice as it is filled with injustice and tyranny. He will rule for seven years.

Al Mahdi will be from my progeny. His forehead will be broad and his nose will be high. He will fill the world with justice and fairness at a time when the world will be filled with oppression. He will rule for seven years.

After the death of a Ruler there will be some dispute between the people. At that time a citizen of Madinah will flee (from Madinah) and go to Makkah. While in Makkah, certain people will approach him between Hajr-ul-Aswad and Maqaam-e-Ibraheem, and forcefully pledge their allegiance to him.

Thereafter a huge army will proceed from Syria to attack him but when they will be at Baida, which is between Makkah and Madinah, they will be swallowed into the ground.

On seeing this, the Abdaals of Shaam as well as large numbers of people from Iraaq will come to him and pledge their allegiance to him. Then a person from the Quraish, whose uncle will be from the Bani Kalb tribe will send an army to attack him, only to be overpowered, by the will of Allah. This (defeated) army will be that of the Bani Kalb. Unfortunate indeed is he who does not receive a share from the booty of the Kalb. This person (Imam Mahdi) will distribute the spoils of war after the battle. He will lead the people according to the Sunnat and during his reign Islam will spread throughout the world. He will remain till seven years (since his emergence). He will pass away and the Muslims will perform his Janazah salaat.

A group of my Ummah will fight for the truth until near the day of judgment when Jesus, the son of Marry, will descend, and the leader of them will ask him to lead the prayer, but Jesus declines, saying: “No, Verily, among you Allah has made leaders for others and He has bestowed his bounty upon them.

What will be your reaction when the son of Mary (Jesus) descends and your
Imam is from among yourselves?

What would be your situation if the Son of Mary (i.e. Jesus) descends upon you and your Imaam is from among you?

According to these reliable, authentic, and universally accepted narrations, Mahdi will:

Be from among the family of Prophet sallallahu alayhi wasallam, among the descendants of Fatima(RA);

Have a broad forehead and pointed noise;

Appear in one night;

Appear just before the day of judgment;

Escape from Madinah to Makkah where people will pledge allegiance to him;

Rule over the Arabs for seven years according to Sunnah;

Spread justice and equity on earth;

Lead a prayer in Mekkah which Jesus alayhissalaam will follow in;

NOT be the same individual as the Promised Messiah (Jesus).

The following narrations have been taken from books on which there is no consensus among Muslim scholars. Their authenticity is in question:

The world will not come to an end until a man from my family (ahl-al-bayt), who will be called al-Mahdi, emerges to rule upon my community.

Ummul Mu’mineen Hadhrat Umme Salmah radhiyallahu anhaa (RA), the wife of the Prophet, has related a tradition of the Prophet sallallahu alayhi wasallam:

Mahdi will be among my progeny, among the children of Fatima.

The world will not come to an end until a man from the descendants of Hussain takes charge of the affairs of the world and fills it with justice and equity as it is filled with injustice and tyranny.

The earth will be filled with injustice and corruption. At that time, a man from among my progeny will rise and will rule for seven or nine years and will fill the earth with justice andequity.

“Is Mahdi going to be among our own family or from some other?” He replied: “He will be among us. God will conclude His religion through him, just as He began it with us. It will be through us that people will find refuge from sedition, just as it was through us that they were saved from polytheism. Moreover, it will be through us that God will bring their hearts together in brotherhood following the animosity sown by the sedition, just as they were brought together in brotherhood in their religion after the animosity sown by polytheism.”

I heard the Prophet sallallahu alayhi wasallam declare from the pulpit:

The Mahdi from among my descendants, from my family, will rise at the End of Time, while the heavens will pour rain and the earth will bring forth green grass for him. He will fill the earth with justice and equity as it is filled with tyranny and injustice.

Severe calamity from the direction of their ruler will befall my people during the Last Days. It will be a calamity which, in severity, shall be unprecedented. It will be so violent that the earth with injustice and corruption will shrivel for its inhabitants. The believers will not find refuge from oppression. At that time God will send a man from my family to fill the earth with justice and equity just as it is filled with injustice and tyranny. The dwellers of the heavens and the earth will be pleased with him. The earth will bring forth all that grows for him, and the heavens will pour down rains in abundance. He will live among the people for seven or nine years. From all the good that God will bestow on the inhabitants of the earth, the dead will wish to come to life again.

People will pay allegiance to the Mahdi between rukn and maqam (in Makkah).

According to these ahaadith, Mahdi will:

Be from the Family of Prophet sallallahu alayhi wasallam and descend from Hussain(RA), son of Fatima(RA);

Appear at the end of time;

Appear when earth is filled with injustice and tyranny and believers are severely oppressed;

Appear when a severe earthquaker will occur and green grass will grow (presumably in Arabia);

Fill the earth with justice and equity;

Rule over Muslim community, according to Hadith, for seven or nine years;

Live and act with the qualities of the holy Prophet sallallahu alayhi wasallam.

At the time when Nafs al-Zakiyya is killed a caller from the heaven will say: ‘Your commander is so-and-so.’ (announce Mahdi) Following it the Mahdi will emerge and fill the earth with justice and equity.

Abdullah ibne Umar mentioned the name of Mahdi in the presence of an Arab who said: Mahdi is Mu’awiya ibne Abu Sufyaan. Abdullah said: “It is not as you say. Mahdi is a person behind whom Jesus will offer his prayers”.

One of the Prophet’s companions told me that the Mahdi will not appear until that time when Nafs al-Zakiyya will be killed. At that time he will take the command and will fill the earth with justice and equity.

This affair about which you are waiting will not occur until among you some seek to distance themselves from the others and curse each other.

Salmah binte Zafaar reports that one day people were talking about the appearance of the Mahdi in the presence of Hudhayfah.

If Mahdi has indeed appeared while you are living close to the Prophet’s period and while his companions are living among you, then you are truly fortunate. However, that is not the case. Mahdi will not appear until people are devoured by oppression and tyranny and there is no one absent more beloved and more needed than him.

These narrations are based on opinion of single individuals and are not reliable. However, they indicate that Mahdi might:

Not appear until all Muslims are divided and curse each other (i.e. no brotherhood);

Appear when tyranny and oppression rule and no Muslim is free;

Be announced by a voice from heavens;

Fill the earth with justice and equity;

The following narration has not been attributed to the Holy Prophet sallallahu alayhi wasallam. It has been identified as false and has been rejected by Muslim scholars for centuries.

For our Mahdi, there are two signs. Since the birth of Universe, these events have never taken place. Those two signs are that there will be Lunar Eclipse on the first night of Ramadhaan and Solar Eclipse in the middle of Ramadhaan.

Muslim scholars have always rejected this and other narrations of Amr and Jabir, as both have been known to transmit unreliable and forged narrations.