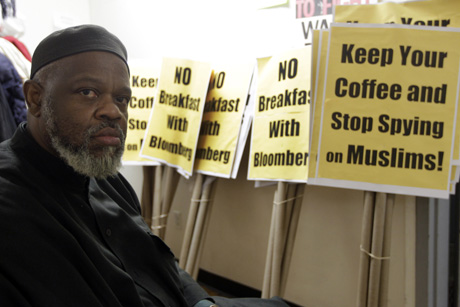 A judge’s ruling affirming the New York Police Department’s right to spy on Muslim communities in New Jersey has drawn fire from several groups, including the American Civil Liberties Union.

In a blog post, the ACLU’s Ashley Gorski writes that “The court concluded that the plaintiffs’ claims of discrimination weren’t “plausible” because it accepted, virtually without question, the NYPD’s argument that the police sought to prevent terrorism. That conclusion, of course, completely ignores how the NYPD pursued this goal.”

Last week in Newark, U.S. District Judge William Martini dismissed a lawsuit brought by eight Muslims who said the NYPD was spying on innocent people in mosques, restaurants and schools for more than a decade.

Martini said the plaintiffs weren’t just targeted for their religion. “The more likely explanation for the surveillance was to locate budding terrorist conspiracies,” he said in his ruling. “The police could not have monitored New Jersey for Muslim terrorist activities without monitoring the Muslim community itself.”

“The ruling suggests that the Constitution only forbids discrimination if it is based on the kind of deep and explicit prejudice or hostility that one might associate historically with anti-miscegenation laws, school segregation, or the denial of voting rights,” Gorski writes.

Martini also blamed any harm the plaintiffs may have endured on the disclosure of the NYPD’s program, which was revealed in a series of Pulitzer Prize-winning stories by the Associated Press.

“The Associated Press covertly obtained the materials and published them without authorization,” he wrote. “Thus the injury, if any existed, is not fairly traceable to the city.”

The Star Ledger blasted Martini’s reasoning in an editorial this week.

Translation: It’s not the cops’ fault for spying on you; it’s the media’s fault for telling you you’re being spied on. If you don’t know about it, what’s the harm?

The plaintiffs said they would appeal Martini’s ruling.