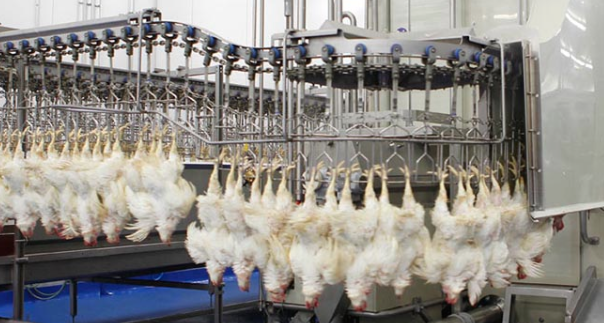 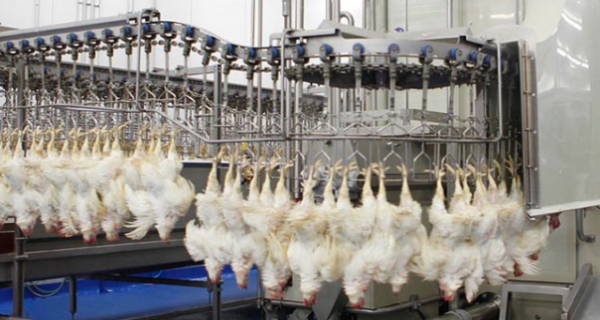 The UK’s Halal Authority Board (HAB) has signed a motion stating that machine-killed poultry is haram (forbidden) and unacceptable to UK Muslims.

The decision, since no certifers will accept machine slaughter, will mean that 1.8 million machine-killed poultry will be taken out of the halal supply chain each week.

The HAB adopted and signed the motion at a conference on 22 February, attended by representatives from halal certification bodies, businesses, Muslim organisations and mosques.

It was explained that, under Islamic law, mechanical slaughter is haram, as per a consenus already signed by the HAB in June 2012. The conference played a video showing poultry being killed by machine with no pronouncement of Allah’s name. It showed only a sign stating ‘halal’ along with Allah’s name. This, according to HAB, depicted the deception and fraud that can and does occur in machine slaughter.

The signed statement reads: “We, the undersigned, formally declare that the slaughter of animals by mechanical means (including sacred blade) is not permissible and considered haram (forbidden) for Muslims.”

The declaration means there is now no certification body that will certify machine-slaughtered poultry as halal. This effectively means that 40% of chickens previously certified halal will no longer be allowed to be labelled as such.

Religious Minister of Craven Arms Islamic Centre, Imam Sohaib Peerbhai said: “The Muslim community is united on the issue of mechanical slaughter being un-Islamic and fully supports this as not permissible for Muslims.”

Naved Syed, halal adviser to the Yorkshire Association of Asian Businesses, said: “There will be no ambiguous situation regarding machine slaughter any more, as all the certifiers have banned this practice.

In December 2013 The Halal Food Authority (HFA) made a statement saying that it no longer accepted mechanical slaughtering of poultry. It said that poultry slaughterhouses that employ a mechanical fixed blade would no longer be accredited by the HFA for halal status with effect from 3 March 2014.

Syed therefore believes that suppliers have had enough time to prepare for a move to hand-slaughter. He said: “Supplier have had three months to get their affairs in order. Everybody is aligned with this, the certifiers are in agreement, the mosques are in agreement and the FSA is in agreement.”