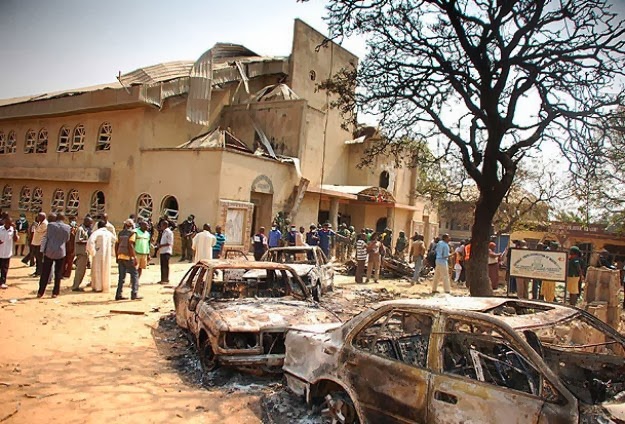 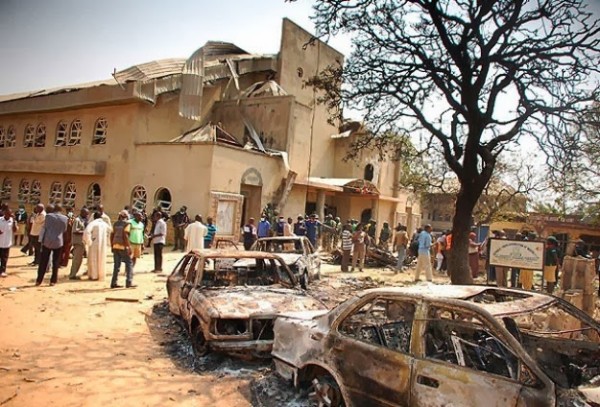 The militiamen, known as the anti-Balaka, slaughtered the Muslims in the village of Guen earlier this month, a Catholic priest, the Rev. Rigobert Dolongo, who helped bury the bodies, told The Associated Press. At least 27 people were slain in the first day of the attack, while 43 others were killed on the second day, he said.

Ibrahim Aboubakar, 22, said the anti-Balaka stormed Guen and killed his two older brothers after they were heard speaking in Arabic.

“Later that day they rounded up dozens of people and forced them all to lie down on their stomachs. Then they shot them one by one,” he said from the refuge of a Catholic church in Carnot, about 100 kilometers (62 miles) away, where he is among 800 seeking shelter from attack.

At least two other families who survived the attack are here now, including Gisma Ahmed, who is now a widow at 18 with two young children. Sitting in the shade breastfeeding a 4-month-old while her 3-year-old daughter played nearby, she could only weep when asked about the killings. Relatives said that her husband was shot while trying to flee.

Hundreds of Muslims remain in Guen, hiding in the town’s Catholic church and also at the imam’s home.

Those Muslims still in Guen appealed by telephone for African peacekeepers in Carnot to rescue them, according to two Muslim residents who insisted on anonymity because they feared for their lives. They also confirmed that heavily armed anti-Balaka were still in control of the village Tuesday. The local commander for the peacekeeping mission said he needed permission from his supervisors in the capital, Bangui, to go to Guen.

Like much of the violence in Central African Republic, the true toll from the attack on Guen may never be known. Most survivors fled deep into the rural bush, hiking to safety in towns further west.

News of the massacre came nearly three months after Central African Republic’s political crisis erupted into violence between the country’s Christian and Muslim communities, leaving more than 1,000 dead in Bangui alone in a matter of days. Many hoped the crisis would stabilize after the Muslim rebel president agreed to step down and go into exile, clearing the way for elections by early next year.

However, both Muslim rebels and the Christian fighters are implicated in a growing number of attacks fanning out far from the capital all the way to the country’s southwest near the border with Cameroon. Human rights groups have documented hundreds of deaths since early January, when the Muslim rebel government crumbled and Christian fighters sought to avenge the regime’s abuses. Tens of thousands have fled for their lives to neighboring countries, leaving some towns in Central African Republic without any Muslim residents. Before the outbreak of violence Muslim’s made up about 15 percent of the country’s 4.6 million people.