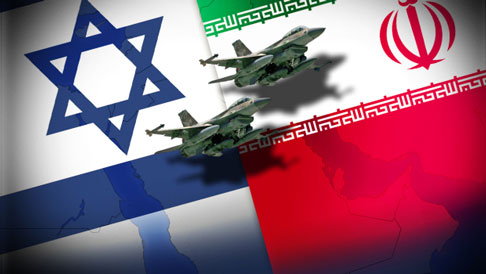 In three weeks thousands of delegates from all over the country will descend on the Washington, D.C. convention center to get their marching orders but, as of today, AIPAC hasn’t even drafted them.

That is because the centerpiece of the conference was to be dispatching its people to Capitol Hill to lobby for AIPAC’s Iran sanctions bill. The lobby had anticipated that its bill would still be very much alive in March. In fact, it would be at that sweet spot, with hundreds of co-sponsors but not quite enough to pass over President Obama’s veto. That would allow the lobby’s conference program to write itself. It would be Iran hysteria followed by visits to every single Member of Congress to warn that stopping Iran was a matter of life and death for Israel and that a legislators failure to support AIPAC’s bill might well be a matter of political life and death for them.

The “life and death” theme would, of course, be brought to a crescendo by the appearance, in person, of Prime Minister Binyamin Netanyahu who would offer an encore to his popular “this is 1942 and Iran is Nazi Germany” mantra which has brought AIPAC audiences to their feet for a decade.

However, due to the combined efforts of President Obama and Senate Majority Leader Harry Reid, the AIPAC bill is dead. Once the president made clear in his State Of The Union that AIPAC’s efforts were not in “our national interests,” the bill lost its Democratic supporters by the drove, leaving AIPAC alone out there with just right-wing Republicans and Democrats like Eliot Engel who have no clout and are viewed as extensions of AIPAC anyway. Once AIPAC’s bill  lost Debbie Wasseman Shultz (as devoted to the concept that Israel is always right as the late Golda Meir), the lobby knew that it had better cut its losses.

So it dropped the sanctions bill for now, hoping that the Iranians will rescue it by flagrantly violating the terms of their agreement with the P5+1 or attacking U.S. interests in some other way. AIPAC is now in the position that publisher William Randolph Hearst was in back in 1898 when President McKinley resisted his demands for war with Spain but then had no choice but to declare it after the USS Maine exploded in Havana harbor.

In other words, all AIPAC can do now is hope for the worst–unless Netanyahu changes his mind and decides he doesn’t want war with Iran which is unlikely anytime this century.

Nonetheless, it has that conference in three weeks and it has to have an “ask,” that is a demand it can make of Congress which, once accepted, will enable AIPAC to raise money for the coming year by pointing to its triumph over the forces of evil.

It might as well give up for this year.

Nothing it chooses to promote, no matter how successfully, will eliminate the odor of defeat that now surrounds the organization.

I expect that they will, in the end, push a modified version of their original sanctions bill or perhaps a resolution relating to the Kerry negotiations, stressing such favorites as a “United Jerusalem” and “Recognition of Israel, as a Jewish State” but neither of those themes will much energize AIPAC’s troops.

What will energize them will be Netanyahu’s speech, an opportunity to indulge in a form of paranoia that is the very opposite of the Zionist promise. That promise, largely fulfilled, is that the existence of the Jewish state (a powerful, nuclear armed Jewish state, no less) revolutionized the Jewish condition so that Jews no longer needed to live in fear. Netanyahu upturns that message by saying that we have more reason for fear now than ever before, which is not only a lie but a contradiction of Zionism: if Jews today are no safer than before 1948 then who needed Israel?

The other thing that will energize the crowd will be hatred of President Obama. As in the past, AIPAC’s leaders will warn about not hissing mentions of the president. And the audience will comply (AIPAC members are very good at following orders). But, no matter whether the speaker is Netanyahu or Mitch McConnell, the uniting theme of this conference will be opposition to this president. And, in the corridors and side rooms, the message will be how best to achieve a Republican Senate majority in 2014.

In short, it doesn’t matter what legislation AIPAC decides to push in March. The main thing it will be pushing is fear and no small dose of hate.

The inevitable fusion of AIPAC and the GOP is approaching. With good reason, it understands that the Democratic party, from AIPAC’s point of view, is hopeless. Even its favorite, Hillary Clinton, will not be able to change that. Thanks to Netanyahu, Democrats are just not that into Israel anymore.

AIPAC is going to have to adjust to a world where Democrats can no longer be bought, just rented. On an issue by issue basis.