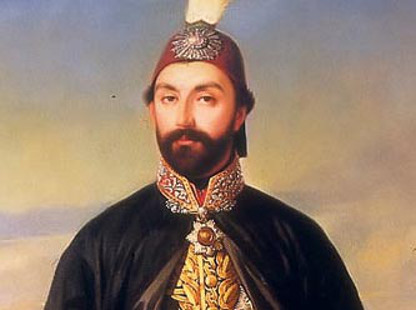 Ireland was ridden with famine and disease between 1845 and 1849. Also known as the Great Hunger, this famine had lasting effects: at least one million people died due to famine-related diseases and more than one million Irish fled, mainly to the United States, England, Canada, and Australia.

The Islamic State (Ottoman) ruler at that time Sultan Khaleefah Abdul-Majid declared his intention to send £10,000 sterling to Irish farmers but Queen Victoria requested that the Sultan send only £1,000 sterling, because she had sent only £2,000 sterling herself. The Sultan sent the £1,000 sterling but also secretly sent 3 ships full of food. The British administration tried to block the ships, but the food arrived secretly at Drogheda harbour.

This generous charity from a Muslim ruler to a Christian nation is also important, particularly in our time when Muslims are often unfairly accused of human rights violations. Likewise, the appreciative plaque and overall reaction of the Irish society in return for this charity deserves to be applauded. We hope that the Turkish-Irish friendship sets a model for peace among different nations.

In commemoration of the Ottoman aid, Drogheda added the Ottoman crescent and star to its coat of arms. Their football club’s emblem retains this design til this day.