Home » Featured » Being Muslim in Russia

Being Muslim in Russia 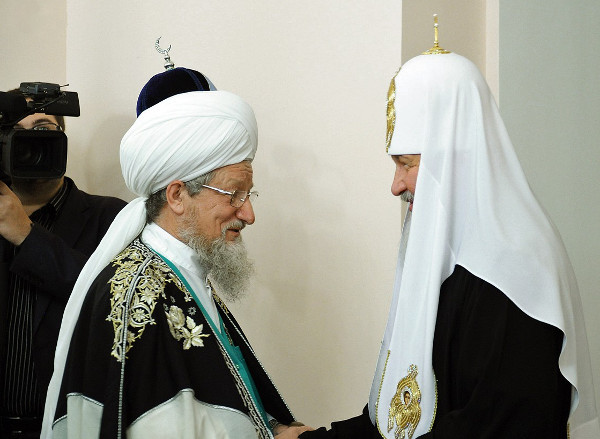 Russia has always prided itself on being a multi-ethnic and multi-religious country. So where does the apprehensive attitude to Islam come from?

Muslims are the second largest religious group in Russia and they have peacefully coexisted with Orthodox believers over many centuries. However, in recent decades, some Russians have started behaving suspiciously towards Muslims, especially in the wake instability in certain regions and terrorist attacks kalender 2020 excel kostenlos.

The Muslims of the country are asking fellow citizens not to confuse the faithful believers with those who call themselves Muslims, but actually do not follow the norms of Islam. Theologians, in their turn, are asking people not to associate terrorism with Islam, and to use education in preventing conflicts.

Russia is not only an Orthodox Christian country

There is no official data on the number of Muslims in Russia. However, at the last census in 2002, the number of “traditional Muslim peoples” in Russia amounted to about 14.5 million, which represents 10 percent of the population netflix downloaden op iphone. According to the estimates of the Spiritual Administration of Muslims in the European part of Russia, the adherents of Islam in Russia, at that time, numbered about 20 million. However, according to the results of Levada Center survey, conducted in November 2013, Muslims constitute 7 percent of Russia’s population.

In Russia, there are regions where the population is traditionally composed of Muslims. These are the republics of the North Caucasus (Ingushetia, Chechnya, Dagestan, Kabardino-Balkaria, Karachay-Cherkessia), as well as Tatarstan and Bashkortostan amazon video kaufen herunterladen.

Not all the people who call themselves Muslims follow religious rituals. According to a survey, carried out by the Sreda Research Center, only 42 percent of Russian Muslims said that religion plays an important role in their lives and that they follow all the religious orders.

Azamat came to Moscow from Kabardino-Balkaria, and he often faced a lack of understanding about who Muslims are samsung photos on pc. “Many see the defiant behaviour of the people from the Caucasian republics and think that all Muslims behave the same way, but this is not true,” he says. “A true Muslim will not molest a girl on the street, for example, and he will not drink or smoke. The most important thing for a religious man is to lead a righteous way of life, to pray, to help relatives or even neighbours. If your neighbour has nothing to eat, and you live in a wealthy house, then you are not living righteously,” says the young man.

He notes that all the people, who know him and his wife, behave very well towards Muslims whatsapp bilder gehen nicht downloaden. “I work in a store and my colleagues understand when I’m doing namaz,” he explains. “They know me and understand that this is very important for me.”

Azamat notes that it is extremely frustrating when vulgar people say that they are Muslims. He says that such behaviour of theirs just scares people, who do not understand this religion.

Zulya was born and lived all her life in Moscow. She has always been a Muslim, but she started wearing traditional clothes only four years ago, after she got married and gave birth to two children. Despite a higher education diploma, she managed to get work as a nurse in a daycare centre with great difficulty microsoft office nl gratis downloaden. “The director told me that another Muslim nurse worked there before. She wore traditional clothes and the parents, whose children attended the institution, wrote a petition against the Muslim nurse that looked after their kids. Therefore, I had to hide my religion, not to lose my job.”

Zulya says she has troubles with her co-workers as well, because of Muscovite suspicions towards Muslims. “The speech therapist asked one of the educators about me. She was interested whether I was one of those who organized explosions. Although she always talks with me, and has never asked me directly about it,” Zulya says spielaffe kostenlos herunterladen. “I have lived in Moscow all my life, and have never felt a negative attitude, and my friends have never talked about it. It is true that I have never worn a shawl.”

Diana works as a doctor and conceals the fact that she is a Muslim. She even wears a tattoo, which is strictly forbidden in her native land. She says she is trying to start a new life, one that would have no association with Muslim foundations.

Traditions of a good neighborhood

Mufti Farid Salman, Chairman of the Ulema Council of the Russian Association of Islamic Accord, said that the problem of hostility towards Muslims is not vivid in all Russian regions pokemon go kostenlos für android herunterladen. “In the Volga Region there are no differences between people of different religions, they are neighbours, friends and colleagues. Despite the religious tenets, people of one religion do not seek to convert others to their faith,” says the theologian. “As a result, our close friends are followers of different religious traditions.”

The Mufti notes that Tatar Muslims have always lived peacefully with the Russians. However, in order to disseminate such an experience, it is necessary to work hard and spend a huge amount of money. “We need a certain public policy herunterladen. I am surprised sometimes by the words of our politicians, who continue to use terms of nationality and religion when referring to terrorists. We should not do that. These people have moved away from God and the law,” says Farid Salman. “The mass media does not always understand that such definitions divide people.”

The spiritual leader says that the situation is also tense when it comes to immigrants of Muslim origin. “Such disparaging attitude towards immigrants generates xenophobia and Russians forget that the new arrivals are just as decent as they themselves are download cartoons for free. It is necessary to implement a public education program for the current generation,” he explains. “We have forgotten that during the Great Patriotic War immigrants from Central Asia and the Caucasus also served in the army and defended our common homeland.”