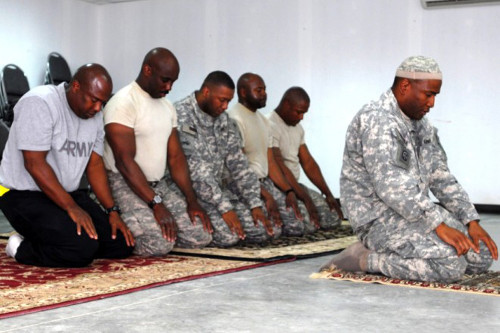 In the Name of God: the Infinitely Merciful and Compassionate Beloved Lord

It is a tired, old claim by Islamophobes that Muslims haven’t contributed to either the history or social fabric of this country. Michigan Republican National Committeeman Dave Agema  recently waded into that muck by sharing a post that asked such questions as:

“Have you ever been to a Muslim hospital? Have you heard of a Muslim orchestra? A Muslim marching band? Have you witnessed a Muslim charity? Can you show me one Muslim signature on the Constitution, Declaration of Independence, or Bill of Rights? Have you ever seen a Muslim do anything that contributes positively to the American way of life?”

It is amazing how some of the most beautiful, grandiose theories can be destroyed by ugly little facts…