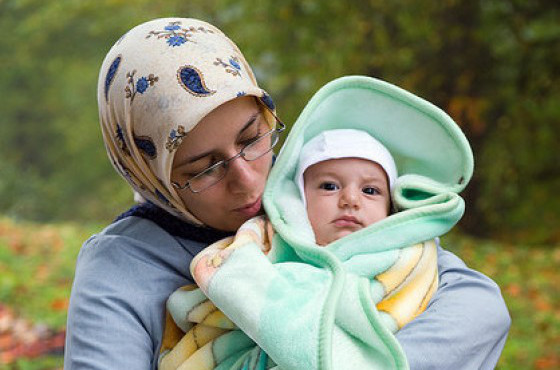 Mothers in the United Arab Emirates will be required by law to breastfeed their babies up to two years of age under Child Rights legislation passed last week.

The Federal National Council’s Health, Labour and Social Affairs Committee agreed to a clause in the Child Rights law which makes breastfeeding a “duty, not an option, for able mothers”.

While it is not yet clear how the law will be enforced, committee member Sultan Al Sammahi said if mothers were neglecting their duties they could be punished.

Another committee member Salem Al Ameri insisted that the right for all children to breastfeed up until the age of two was stated in the Quran.

The legislation was passed despite concerns from the Federation’s Minister of Social Affairs Mariam Al Roumi, who said such a law could lead to husbands suing their wives if they did not breastfeed, according to news website The National.

“This part of the law can be a burden,” she said. “If the law forced women to breastfeed, this could lead to new court cases.”

In agreeing to the breastfeeding clause, committee members said the clause was “consistent” with local workplace laws which allow mothers time off during the day to breastfeed and would help promote a strong bond between mothers and their babies.

However, Australian Breastfeeding Association spokeswoman Nicole Bridges said such a law would only add to the pressure already felt by women struggling to breastfeed and was unlikely to be effective in raising breastfeeding rates.

“Thankfully I can’t see such a law ever being passed in Australia,” she said. “Women should ultimately have control over their own bodies and have the right to decide how they will feed their babies in a way that is best for them and their families.”

“Breastfeeding is only one part of being a mother, but the guilt some women feel if they are struggling to successfully breastfeed their babies is already significant, and a law like this would only add to that feeling of failure.

“Whether it be in the form of longer periods of maternity leave so mothers can stay home with their babies, or education about breastfeeding, support and knowledge are definitely the key.”

Some mothers in the UAE agree the new law will not help women breastfeed longer.

“We need awareness and encouragement, not laws that oblige us. Many women have issues, like medical conditions that prevent them,” 28-year-old Maitha Al Suwaidi, a working mother of three, told The National.

“Others are working and only have a one-hour break to get to their child. We have circumstances that hold us back and prevent us from breastfeeding.”