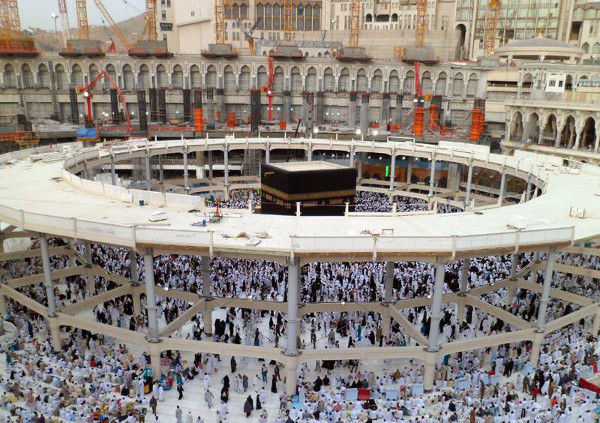 “It is almost like the Kaaba is imprisoned by the shopping malls and the hotels [built around it],” the president of the Directorate General for Religious Affairs (Diyanet), Mehmet Görmez, said during an interview broadcast on public station TRT Türk.

Speaking ahead of the last day of the annual hajj pilgrimage, Görmez said he had been observing major changes in Mecca for the past 10 years but noted his disturbance with the changes that have “weakened the soul of the hajj.”

“Whenever I go [to Mecca], in my heart I see the [Kaaba] like it is crestfallen because of the buildings around it,” Görmez said.

He said the rising luxury of hajj travel and other changes had damaged the profoundness of the religious ritual, which is central to Muslim belief.

“Our [standards of living] rise, our hotels become more luxurious. The number of hotels with a view of the Kaaba and VIP [suites] is increasing, but the hajj spirit is fading away. We have seen that the hajj’s educational and transformational side is diminishing,” he said, noting his disgust with the changes.

Also touching upon the multi-billion-dollar renovation project that the Saudi government has launched to provide more space for the millions of Muslims who make the pilgrimage, Görmez said alternative solutions could have been found.

“Even if the works continue, at most 5 million people can go on the hajj. But the demand is 20 million. If a satellite city could have been founded on the Mecca and Jeddah plateaus at the beginning, transportation could have been enabled via metros running beneath Mecca,” he said.