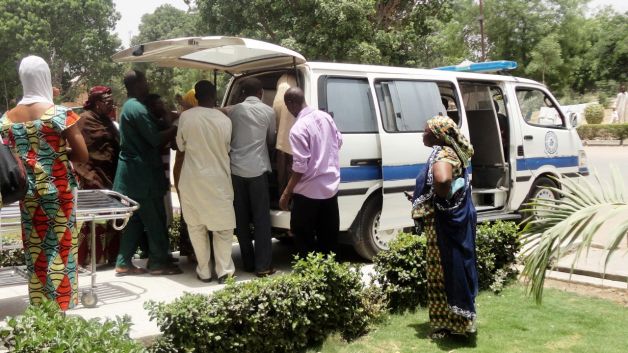 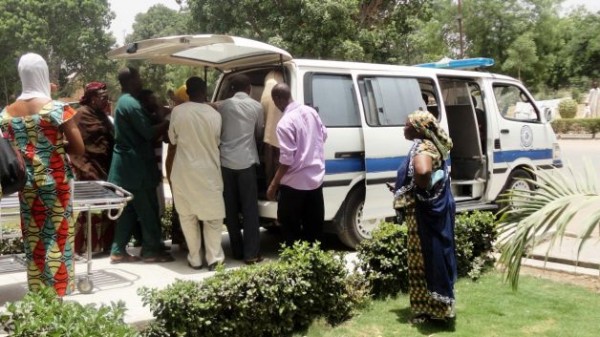 Attackers armed with guns and explosives have killed 22 people at a busy church service in a northeast Nigerian village, witnesses said.

Sunday’s attack happened in a region where Boko Haram, a group fighting the government and blamed for a spate of deadly attacks in the country’s north east, is resisting a military crackdown. Boko Haram translates as “Western education is sinful”.

The Associated Press news agency reported that Ari Kolomi, who escaped the massacre, said there were more than 50 attackers.

The assailants set off bombs and fired into the congregation in the Catholic church in Waga Chakawa village in Adamawa state on Sunday morning, before burning houses and taking residents hostage during a four-hour siege, witnesses said.

President Goodluck Jonathan is struggling to contain Boko Haram in remote rural regions in the country’s northeast corner, where the sect first launched an uprising in 2009.

The group, which wants to impose sharia law on a country split roughly equally between Christians and Muslims, has killed thousands over the past four and a half years.

Its fighters’ favoured targets have traditionally been security forces, politicians who oppose them and Christian minorities in the largely Muslim north.

The spokesman for the Catholic Diocese of Yola, Reverend Father Raymond Danbouye, confirmed 22 people killed in the attack were buried at a funeral on Monday.

The military and police did not respond to requests for comment but one army source confirmed the attack, asking not to be named because he was not authorised to speak with the media.

The Associated Press reported that as many as 52 people may have been killed, citing a police official who evacuated wounded victims. The toll could not be independently verified.

Waga Chakawa is near the border with Borno state, in which there was a separate assault on Monday by suspected members of the group in Kawuri village, witnesses said.

Residents of that village who fled to the state capital Maiduguri said gunmen killed several people and set homes ablaze in the early morning attack.

An army spokesman did not respond to requests for comment.

Jonathan replaced his chiefs of defence, army, navy and air force last week in a widespread military shake-up. No reason was given for the overhaul, but security experts believe there was a need for a change of tactics in combating Boko Haram.

The president declared a state of emergency in three northeastern states in May last year and launched an intensified military campaign to try to end the insurgency.