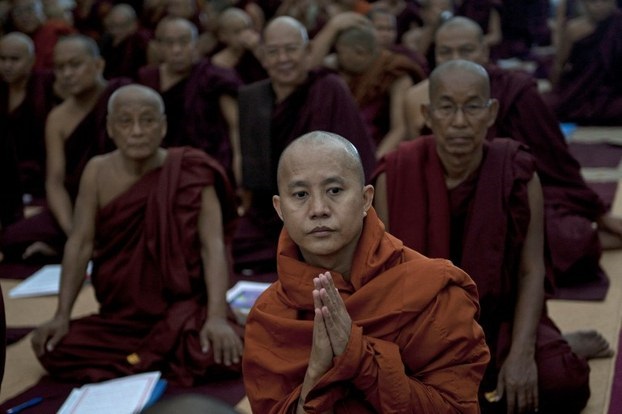 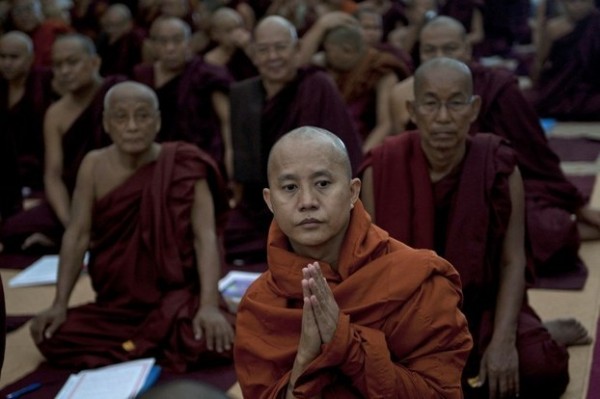 Yangon: The United Nations says more than 40 Muslims were killed when a Buddhist mob stormed a village in an isolated corner of western Myanmar last week, hunting down residents with knives and machetes, officials said on Thursday. They said others are missing and feared dead.

Details about a UN investigation of the incident were presented in background briefings with US Embassy staff, humanitarian aid workers and others, the officials said on condition of anonymity because the information had not been officially released.

Myanmar’s government has vehemently denied reports of a massacre.

Presidential spokesman Ye Htut said on Thursday that he “strongly objects” to the UN claims. He said the facts and figures were “totally wrong.”

Myanmar, a predominantly Buddhist nation of 60 million people, has been grappling with sectarian violence since June 2012.

The incident in Du Char Yar Tan, a village in Northern Rakhine state, appears to be the deadliest in a year, and would bring the total number killed nationwide in the sectarian violence to more than 280, most of them Muslims. Another 250,000 people have fled their homes.

Northern Rakhine — home to 80 per cent of the country’s 1 million long-persecuted Muslim Rohingya population — runs along the Bay of Bengal and is cut off from the rest of the country by a mountain range. It is off-limits to foreign journalists and access for humanitarian aid workers severely restricted, adding to the difficulties of confirming details about the violence.

But evidence of a massacre, first reported by The Associated Press a week ago, has been steadily mounting, with an independent Thailand-based rights group, Fortify Rights, also saying on Thursday that more than 40 were killed. Matthew Smith, the group’s executive director, said he based his findings on extensive interviews with witnesses and local people.

A statement released on Thursday by Valerie Amos, the UN’s undersecretary-general for humanitarian affairs and emergency relief coordinator, was vague, only mentioning “alarming levels of violence, including the killings of many civilians and a policeman”.

But officials present at the UN briefing on Thursday said that a thorough investigation, including witness testimony and descriptions of the violence, indicated that estimates of 40 dead were conservative.

Very few bodies were found. Most are believed to have been disposed of by authorities. There is also a chance that some of those presumed dead are still in hiding, but UN officials were confident that the massacre was of a large scale, attendees at the briefing said.

Security forces surrounded Du Char Yar Tan on January 14 after Rohingya Muslim residents allegedly abducted and killed a police sergeant, according to residents who spoke on condition of anonymity because they feared reprisals. Worried about retaliatory attacks, most of the men fled, and soldiers and police did nothing to stop revenge-seeking a Buddhist mob that entered the village with knives and guns, attacking women, children and others left behind, they said.

Smith called on the government to give humanitarian workers, independent observers and journalists unfettered access to the village, which has been emptied and sealed off since the incident. He said that as of Wednesday, there were still bodies in abandoned homes and other physical evidence of brutal violence.

In the hours that followed the incident, riot police started arresting all male Rohingya, including children over the age of 10, in surrounding areas, Smith said.

“These arbitrary detentions broaden the scope of the human rights violations in the area and should be immediately brought to an end,” he said. “There needs to be accountability for this wave of horrific violence … but mass arrests of Muslim men and boys are not the way.”

The Myanmar government has repeatedly denied that any violence took place in the area, apart from the death of the police sergeant and an alleged attack by Rohingya Muslims on police.

A statement published on the Ministry of Information website on Thursday said Chief Minister of Rakhine state Hla Maung Tin visited the area on Wednesday and told people about “false news published and aired by foreign media that children and women were killed in the violence.” Officials with the UN accompanied the government delegation but did not offer immediate comment.

There are around 1 million Rohingya in Myanmar. The UN has called them one of the most persecuted minorities in the world.

Some of the Rohingya are descended from families that have been there for generations. Others arrived more recently from neighbouring Bangladesh. All have been denied citizenship, rendering them stateless.

For decades, they have been unable to travel freely, practice their religion, or work as teachers or doctors. They need special approval to marry and are the only people in the country barred from having more than two children.