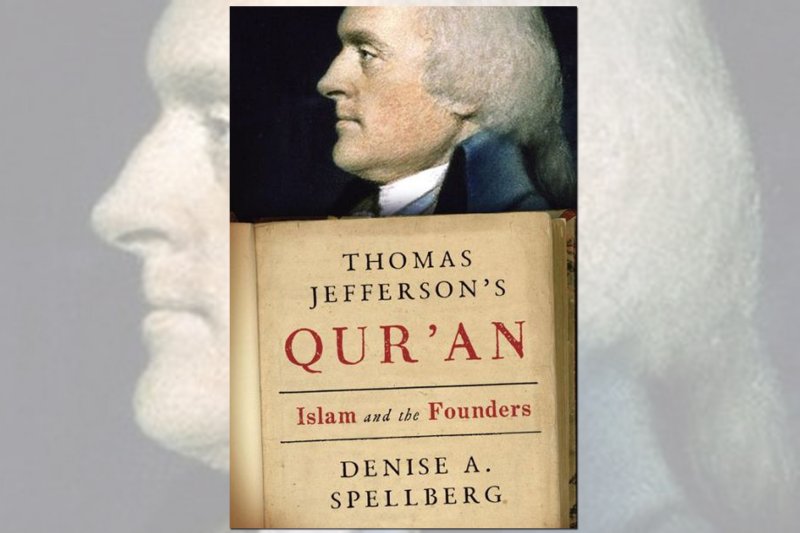 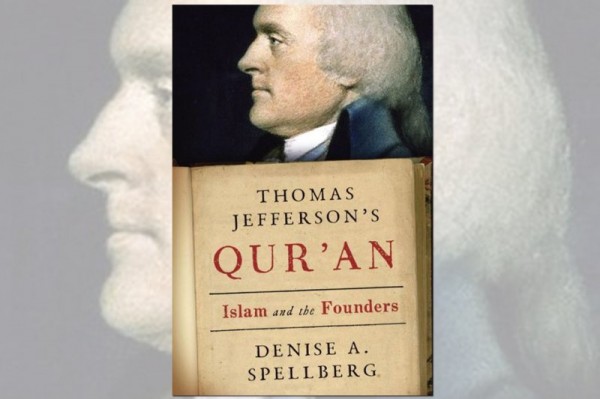 By: Denise A. Spellberg

Love your neighbor as yourself, and your country more than yourself,” wrote Thomas Jefferson the year before his death. Who did he include among his neighbors in the blueprint for the nation he loved so much?

Jefferson implicitly included Muslims in his patriotic rendering of the Golden Rule. Many may find this idea startling today, but explicit proof for it exists.

In 1776, Jefferson inscribed these pivotal words among his private notes: “(N)either Pagan nor Mahometan (Muslim) nor Jew ought to be excluded from the civil rights of the commonwealth because of his religion.” They were written a few months after he composed the Declaration of Independence, when he returned to Virginia to draft new laws for his state.

Jefferson borrowed the precedent of “civil rights” for Muslims from the English philosopher John Locke’s 1689 tract, A Letter Concerning Toleration. Locke’s ideas about the toleration of Muslims and Jews provoked attacks: One critic condemned him for having “the faith of a Turk.” His enemies also charged, rightly, that he owned a copy of the Quran, which they termed “the Mahometan bible.”

For centuries, it had been common in Europe for one Christian to defame another with references to Islam, a practice that crossed the Atlantic. Jefferson, for his expansive views of religious liberty and political equality, would be attacked repeatedly as an “infidel,” a word that in his time meant not just an “unbeliever,” but a Muslim.

The 22-year-old Jefferson bought his Quran in 1765, while studying law in Williamsburg, Va. The local newspaper documented his purchase of the two-volume translation by the Englishman George Sale. First published in 1734, Sale’s version was the earliest made directly from Arabic to English. It included a 200-page “Preliminary Discourse” with an overview of Islamic belief, ritual and law.

Jefferson may have been interested in the Quran as a book of law, for at the time he also ordered many English works of jurisprudence. He would have been struck by the translator’s definition of the Prophet as “the lawgiver of the Arabians.”

Yet while Sale condemned Islam as “a false religion,” he also took care to praise the Prophet as “beautiful in his person, of a subtle wit, agreeable behavior, showing liberality to the poor, courtesy to everyone, fortitude against his enemies, and above all a high reverence for the name of God.” The translator also refused to define Islam “as propagated by the sword alone,” reminding his readers that both Jews and Christians warred in the name of their faiths.

Critics accused Sale of being too even-handed in his depiction of Islam, resulting in his Anglican missionary employers distancing themselves from his translation. Posthumously, he was condemned as “half a Muslim,” by the British historian Edward Gibbon in 1788.

Those who appeared to defend Islam, or its adherents, were harshly criticized on both sides of the Atlantic.

What did Jefferson think about the Quran and its contents? He left no notes that capture his immediate reaction, either because he never wrote them or because they did not survive the fire that destroyed his mother’s house five years later. In the blaze, Jefferson said he lost “every paper” and “almost every book.” The Quran may also have succumbed to the fire, but if it did, he most certainly bought it again, for it survives in the Library of Congress.

In the Quran, Jefferson inscribed only his initials at the bottom of one page of the first volume.

Jefferson criticized the religion in his early political debates in 1776 as “stifling free enquiry,” a charge he also leveled against Catholicism. He thought both religions fused religion and the state at precisely the time he wished to separate them in Virginia.

Despite his criticism of Islam, Jefferson supported the rights of its adherents, a pattern he repeated for Judaism and Catholicism, moving beyond his hero Locke, who refused toleration to Catholics and atheists.

In Jefferson’s 1784 Notes on Virginia, he published his views on the relationship between his neighbor’s religion and the state: “The legitimate powers of government extend to such acts only as are injurious to others. But it does me no injury for my neighbor to say there are twenty gods or no God. It neither picks my pocket nor breaks my leg.”

With his assertion that government should never intrude into the metaphysical beliefs of its citizens, Jefferson provided unintentional, lasting ammunition for his political enemies. For many, these words proved he was not really Christian.

Jefferson’s legal version of the Golden Rule, combined with Locke’s views of Muslim civil rights, would echo most potently in his 1821 autobiography, in which he recalled the final fight to pass his most famous legislation, the Statute of Virginia for Religious Freedom, still in force today.

The Statute proclaims: “(O)ur civil rights have no dependence on our religious opinions.” Although Jefferson’s proposed legislation originally met with resistance in 1779, James Madison lobbied for its passage and, finally, achieved victory in 1786 while Jefferson was away in France.

Jefferson recorded happily in his autobiography that a final attempt to change his preamble by adding the words “Jesus Christ” failed. And this failure led Jefferson to affirm that he had intended the application of the statute to be “universal.” By this he meant that religious liberty and political equality would not be exclusively Christian, a belief in religious pluralism that Madison also shared.

Jefferson asserted that his original legislative intent had been “to comprehend, within the mantle of its protection, the Jew and the Gentile, the Christian and Mahometan, the Hindoo, and Infidel of every denomination.”

By the time he wrote these words in 1821, Jefferson certainly appreciated the consequences of being labeled an infidel himself. In the wake of his narrow presidential victory in 1800, he confided to a close friend: “(W)hat an effort, my dear Sir, of bigotry in politics & religion we have gone through.”

Jefferson would not be the last presidential candidate to be defamed for referring to Islam, but he remains the first.

Tragically, though Jefferson championed Muslim rights, he never knew that America’s first Muslims — slaves of West African origin — were denied the freedoms he thought were universal. The Founder may have even owned Muslim slaves, but there is no conclusive proof. There remains no doubt, however, that Jefferson imagined Muslims as neighbors in his country’s future, a forecast that retains signal implications to this day.