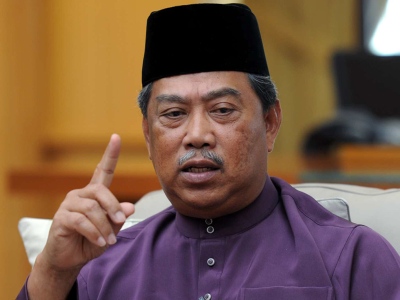 KUALA LUMPUR, (Bernama) — Muslims in the country must be united in strengthening the ummah and faith by practicing the actual Islamic teachings to face the numerous challenges in preserving the sanctity of Islam, said Deputy Prime Minister Tan Sri Muhyiddin Yassin.

As such, he said, Muslims must endeavour to acquire a strong faith, economy and technology as well as socio-politics to become successful in the present world and the hereafter.

“Such efforts are certainly not something that is impossible because the Prophet (PBUH) himself had succeeded in guiding the ignorant community to the extent that they had become the best ummah,” he said in a statement on Monday in conjunction with the Maulidur Rasul 1435/2014 celebration.

He said that there had been numerous confusions lately on Islam, including matters pertaining to faith to the extent that they had caused divisions among the Muslims themselves.

The Deputy Prime Minister said the best recipe in overcoming this confusion was to make the revelation from Allah through His prophet as a guide because it had fulfilled the requirement of the various civilizations or the past centuries.

In line with the theme of the celebration this year, ‘Moderation is Key to Solidarity of the Ummah’ (Wasatiyyah Tonggak Kesatuan Ummah), Muhyiddin called on the Muslims in the country to have a reflection to see to what extent the Muslims were upholding the teachings of Islam.

He said the Maulidur Rasul celebration was one way for Muslims to show their adulation and love for the struggles and sacrifices of the Prophet (PBUH) who was never afraid in promoting Islam despite the shortcomings then.

The sacrifices made by Prophet Muhammad PBUH had succeeded to spread Islam to all parts of the world.

“Have we taken the struggles of the Prophet PBUH as our guide in life especially in preserving unity of the ummah in this country as well as ensuring that Islam became a religion that is respected.

“If we are aware of our responsibility as followers of Prophet Muhammad PBUH then the celebration will be more meaningful,” Muhyiddin said.