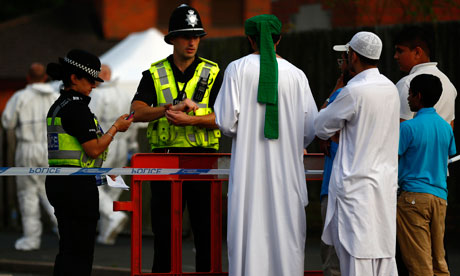 The former head of M15, Eliza Manningham-Buller, told the BBC there were many such Muslim agents who provide crucial information about members of their community to the police. Without their help the security services would not be as effective at rooting out potential terrorists.

During her radio appearance she spoke alongside an unnamed informant whose voice was read by an actor to protect his identity.

“This is a brave man and we all have to be grateful to him,” she said of the informant.

The informant said he was recruited by the police seven years ago and cooperated with M15 to fight Muslim extremists.

He said he did not receive a salary from the police but was reimbursed for his expenses.

He added that he hoped to educate people about the willingness of Muslims to safeguard British society.

Manningham-Buller became the director-general of M15 in 2002 and resigned in 2007.

During the interview, the Muslim informant said a large number of Muslim organizations worked with the British police.

A statement on the M15 website said the organization does not investigate any group or individual on the grounds of their ethnicity or religious beliefs. There are 2.8 million Muslims in England.

“The security service is committed to protecting the security of all UK citizens, of every faith and ethnic group,” it said.

One of the main anti-terrorist groups working in England is the government-funded Quilliam Foundation headed by two former Muslim militants who now work with the security authorities.

Following the Dec. 19 conviction of two Muslims responsible for the murder of British soldier Lee Rigby in south London, the Daily Mail newspaper reported that M15 had attempted to recruit one of Rigby’s killers, but the man had turned down a cash offer to inform on extremists within his community.