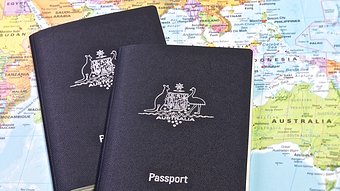 Last week, two Sydney men were arrested by the Australian Federal Police for the grievous crime of attempting to assist the oppressed. ASIO has also been busy cancelling passports of young Muslims to this same end.

The two arrested, Amin Mohammed and Hamdi al-Qudsi, were accused of “crimes” related to traveling to Syria to join the fight against the Assad regime. And yet the fact that all we have at this stage are allegations by police, untested in any court of law, has not stopped the media from its usual irresponsible sensationalism. The media trial has seen the case linked to an unrelated suicide bombing in Syria, to an unrelated old case regarding the wife of one of the accused, and to anything and everything that paints the accused as violent “extremists.”

On the other hand, mainstream media has diligently and uncritically reported the authorities’ side of the story, acting, as it does in cases of this nature, as a mouthpiece of the state. But it is the actions of the state itself that are much more concerning.

These arrests and passport cancellations come in the context of a broader crackdown on Muslims wanting to travel to Syria to assist in the fight against the brutally repressive Assad regime. The crackdown has bi-partisan political support and began in 2011 with the confiscation of passports by the AFP and ASIO (a campaign shrouded in secrecy) and information campaigns seeking to discourage people from traveling to Syria.

The use of the law to this end has seen a hodge-podge of confused and arbitrary measures. In August 2012, the Australian Government issued advice to the Muslim community through the infamous AFP Community Liaison Teams, attempting to stop Muslims traveling to Syria. The advice claimed that fighting “on either side” of the Syrian conflict was illegal because of autonomous sanctions placed on the Syrian regime in May 2011. Surprisingly, it took the Government over 15 months to get this advice to the community. More surprisingly, the sanctions say absolutely nothing about fighting with the rebels, yet were used to claim that fighting “on either side” is an offence.

In June 2013, some rebel groups in Syria were proscribed by the Attorney-General as terrorist organizations, partly in order to facilitate the use of anti-terror legislation for this purpose. The new line adopted was that if anyone went to Syria to fight they could potentially engage in criminal activity by becoming involved in groups proscribed by the Criminal Code.

This was not sufficient, however, as not all rebel groups were proscribed. Given that young Muslims continued to stream to Syria, authorities have now resorted to the use of the Foreign Incursions Act 1978 (I suspect some government lawyer must have had a “Why didn’t we think of this before?” moment). This otherwise dormant piece of legislation – only 12 people have been convicted under it since 1978 – makes it an offense to engage in “hostile activities” in a foreign state or to prepare for the same. Last week’s arrests were made under this legislation. The government line is that the arrests were simply a matter of implementing the legislation and has nothing to do with the government’s position on the Syrian conflict.

Young Jews travel to Israel every year to train in the Israeli Defense Force (IDF). In some cases they engage in battle and even die, such as in the case in 2006 of Assaf Namer. Alexander Downer had the following glowing obituary to offer on his death:

“I just want to say how sad I am that an Australian has been killed, and obviously we extend our condolences to the family and we’ll provide whatever consular assistance is necessary in these circumstances. He was in the last month of his national service, so it’s particularly sad circumstances surrounding his death.”

(Incidentally, comparing media portrayal of Jews traveling to train with the IDF with that of Muslims traveling to serve in Syria can also be quite revealing.)

The reply of authorities to this double-standard – advanced by both the AFP and the Attorney-General – is that engagement with the IDF is acceptable because the Foreign Incursions Act makes an exception for those who travel to train or fight with the “legitimate military forces of sovereign states” (and thus the purpose of this bizarre legislation becomes clearer).

But what of the Syrian army? Why is it a criminal offense to fight with it? Because there’s an embargo placed on the Syrian regime, we’re told. So it is a matter of government position then. It is the Government, after all, which decided that the Syrian regime was worthy of sanctions but that Israel, notwithstanding its brutally oppressive and inhumane operations, is not. In fact, it’s all about government position. The legislation is merely cover.

When people traveled to Afghanistan in the 1980s to join the jihad against the Soviets, the Foreign Incursions Act was ignored. More recently, when people traveled to Libya to join the rebellion against Gaddafi, the Foreign Incursions Act was ignored. The difference, of course, is that these rebel forces had the approval of western governments. The rebels in Syria – particularly the Islamic elements – do not.

The contradictions do not stop there. AFP Deputy Commissioner Peter Drennan justified the arrests by lecturing Muslims about how there was “no justification for violence” and that “violent killing of people should not be glorified or justified for any reason.” Where was Drennan in the last decade when Australian troops were deployed to the Muslim world for this very purpose? More broadly, why is it acceptable for Australian troops to partake in conflicts overseas under the pretext of supporting the oppressed, but not so for Muslims? Why are the acts of Australian troops in conflicts abroad characterized as an ultimate sacrifice to be revered, but the sacrifice of Muslims in an effort to assist the oppressed is characterized as criminal conduct to be condemned?

Attorney-General George Brandis emphasized the alleged threat to Australia’s long-term national security from people who support or engage in foreign conflicts (the ones that don’t have government sanction, of course). He expressed concern about, “the radicalisation of Australians as a result of the Syrian conflict, particularly those who return to Australia with the capabilities acquired through fighting or training.” This line has duly been parroted in media.

Yet the notion that Muslims who go to Syria will become “radicalised” and constitute a security threat when they return is fantastical nonsense. It is based in the all-too-familiar Islamophobic, Orientalist narrative that sees Muslims as sub-human, somehow less civilised, unable to control themselves and hence needing the intervention of the civilised white man. Somehow Muslims who go to Syria will lose all rational capacities and, on their return, will not be able to tell the difference between a Middle-Eastern war zone and peaceful Australian suburbia.

Why, it must be asked, are the same concerns about radicalisation and national security not raised in relation to other Australian citizens training and fighting in the armies of foreign allies, or indeed Australian troops going to partake in invasions abroad?

This entire affair is yet another instance of the exceptionalist treatment of Muslims and the morally-bankrupt politics of the state. All right-minded people should register loud and clear objection. The target may be Muslims today, but could be anyone else tomorrow.

What we have here, in essence, is a base form of politics attempting, from behind the cover of law, to criminalise the loftiest of human acts: personal sacrifice to assist the oppressed.