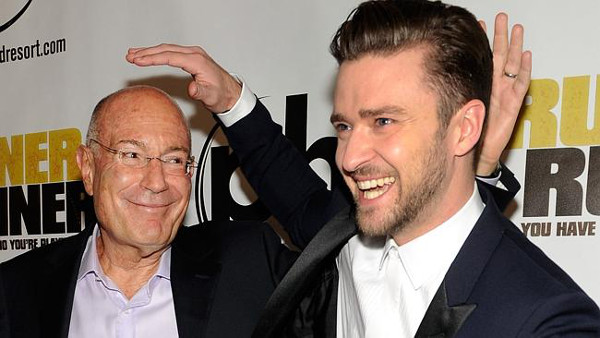 Arnon Milchan (left) has admitted after years of rumors that he did indeed serve as a spy for Israel.

Now, the Israeli businessman behind hits like “Pretty Woman,” “Fight Club” and “L.A. Confidential” has finally come forth with a stunning admission – for years he served as an Israeli spy, buying arms on its behalf and boosting its alleged nuclear program.

In a far-reaching interview aired on Monday with Israel’s Channel 2 TV’s flagship investigative program “Uvda,” Mr Milchan detailed a series of clandestine affairs in which he was involved and particularly how he helped purchase technologies Israel allegedly needed to operate nuclear bombs.

“I did it for my country and I’m proud of it,” said Mr Milchan, who ran a successful fertilizer company in Israel before making it big in Hollywood.

Even there, he says he continued with his clandestine work while maintaining close ties with Israel’s leadership.

According to an unauthorized biography published two years ago, Mr Milchan worked for Israel’s now-defunct Bureau of Scientific Relations, known as Lekem, which worked to obtain information for secret defense programs. The bureau was disbanded in 1987 after it was implicated in the spying affair for which Jonathan Pollard, a civilian intelligence analyst for the US Navy, was sentenced to life in prison.

“When I came to Hollywood I detached myself completely from my physical activities to dedicate myself to what I really wanted – filmmaking,” he said. “(But) sometimes it gets mixed up.”

The 68-year-old founded the New Regency film company and has produced more than 120 movies since the 1970s, working closely with directors such as Martin Scorsese, Roman Polanski, Sergio Leone and Oliver Stone. He forged an especially close relationship with Robert De Niro, who along with actors Russell Crowe and Ben Affleck, is featured in Uvda’s broadcast.

“I had heard but I wasn’t sure,” De Niro said, of Mr Milchan’s activities. “I did ask him once and he told me that he was an Israeli and of course he would do these things for his country.”