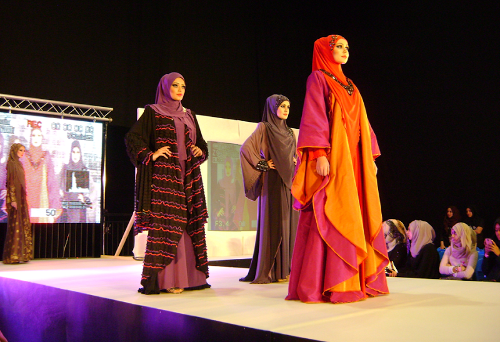 Muslim consumer expenditure in the clothing / fashion sector will soar to $322 billion by 2018, from an estimated $224 billion in 2012, said a report.

The report, commissioned by ‘Dubai Capital of the Islamic Economy’ and produced by Thomson Reuters in collaboration with DinarStandard, was released as part of the Global Islamic Economy Summit 2013.

There, however, exists a wide diversity in interpretation and adoption of ‘modesty’ among Muslims across the world.

However, a convergence of fashion styles for Muslim women is developing through niche ‘Hijab’ and other clothing brands, said the report.

Top countries with Muslim consumers clothing consumption are Turkey at $25 billion, followed by Iran at $21 billion, Indonesia at $17 billion, Egypt at $16 billion, Saudi Arabia at $15 billion and Pakistan at $14 billion, based on 2012 data.

Collectively, the Muslim clothing consumer market is only second after the largest market in the world – the US, with $494 billion in spending.

The clothing industry focused on Muslim customers faces many challenges that include not being able to achieve scale and efficiency, financing, fragmented cultural preferences, and integrity in adhering to the spirit of ‘modest’ clothing based on Islamic principles.

•    Islamic finance and Halal fashion SME’s:   With a focus on SME development and financing, this sector should be an important one to consider given its fragmented but large volume activity both for investors and clothing companies.

•    OIC exporters/ producers:  Clothing production is a major industry for many of the OIC countries (Bangladesh, Turkey, Indonesia, Morocco, and Pakistan.)

•    Western Muslim fashion market:  Muslims in Western Europe (Germany, France, UK) and North America collectively spent an estimated $21 billion on clothing and footwear in 2012.  This is a large segment in itself with relative homogenous clothing patterns.