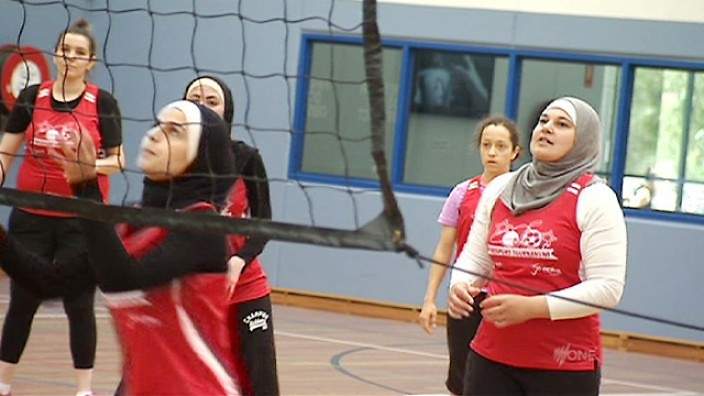 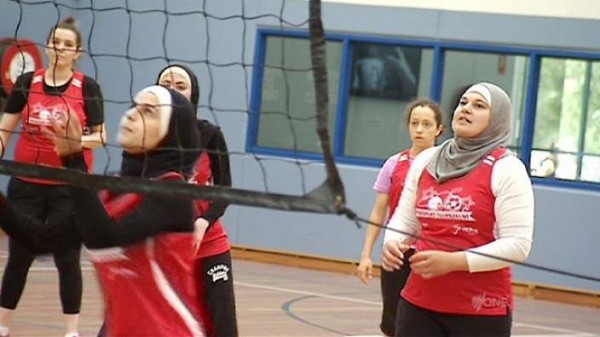 For tournament participant Ayse Akca it is the first time she has ever played sport.

“Now that I’ve finished school I wanted to get out there and be more active,” she told SBS.

As a Muslim Australian, she found an all-women’s indoor event less confronting than other options.

“Just being close together, having fun with the girls and not having to worry about everything” are part of the appeal, Ms Akca says.

Organizers say there are other reasons why participants get involved, including not having to worry about community expectations. Men are also not allowed and there is no dress code in a private area.

“Some women are okay to take part in a public space to wear skins and shorts and singlets with shorts underneath,” says Go Active co-ordinator, Assmaah Helal.

“There are other women who feel more comfortable with wearing looser clothes.”

Among the 150 Muslim and non-Muslims participants is former Afghan refugee Shegofa Hassani.

The 17-year-old’s family initially disapproved of her involvement.

“I didn’t have their support but over the past five years I’ve gained their support, especially [from] relatives, which is a great thing because I can play the sport I love.”

Organizers say many participants find it difficult convincing relatives to support the idea.

“Sport is seen as a more male-dominated zone so they don’t really encourage females in their family or household to take part in that,” Assmaah Helal says.

Participants say the event has given them the courage to break through barriers.

“Playing a sport isn’t just about the physical part of it,” Ms Hassani says.

“You also gain other skills like communication and leadership and confidence that will stay with you throughout your life.”

Coaches and mentors are planning more events like it.

They say their aim is to foster a love of sport in more Muslim women so some can progress from a recreational level to an elite level.